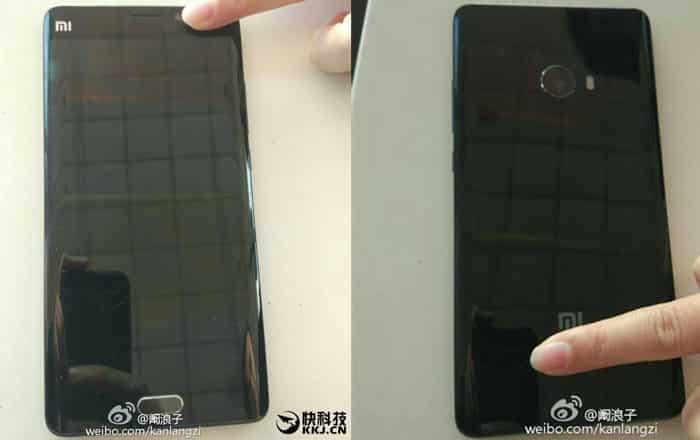 Two major leaks about the Xiaomi Mi Note 2 have come to the surface just a day ahead of the phone’s official launch on October 25. One discloses the potential price of the handset, while the other offers a glimpse at what it could look like.

Diving into the first, a new Toutiao report alleges that the Mi Note 2 will set people back by CNY 3999 which translates to roughly $590 or Rs 39500. The figure is somewhat in the middle of the costs rumored so far. Previous speculation had pinned down a CNY 5699 (approx $846 or Rs 56400) value for the handset.

More recently, an authentic-looking presentation slide suggested a more affordable CNY 2799 (around Rs 27800) for the 4GB/64GB variant and CNY 2999 (roughly Rs 29800) for the 6GB/128GB model. There’s no way to know which one is accurate right now. It’s possible Xiaomi is going to launch multiple versions of the handset and these numbers are reflections of that.

Speaking of multiple versions, the new crop of Mi Note 2 photos sourced from Weibo suggest that the manufacturer may be preparing to launch distinct units of the smartphone. The images appear to depict the device with just a single camera module, going against earlier assertions that the handset would sport a dual-lens system.

A quick rundown of the rumored specifications of the Xiaomi Mi Note 2:

If accurate, the hands-on snaps could be a hint that Xiaomi may reserve the twin snappers for its higher-end models, similar to Apple’s iPhone 7 and iPhone 7 Plus strategy. In any case, the Mi Note 2 will be launched on October 25 and clear up all this confusion.