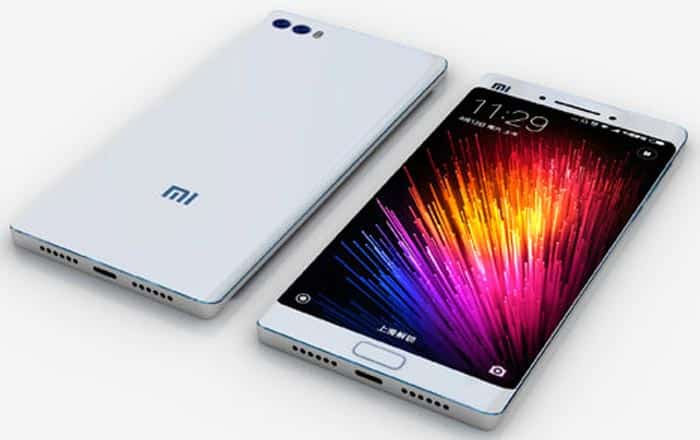 The Xiaomi Mi Note 2’s expected unveiling is only a few days away on October 25, but that hasn’t stopped a huge new leak from revealing a number of key details about the upcoming handset. The phone has been the recipient of a number of contrasting rumors over the past few days.

The latest one arrives courtesy a Weibo user who got their hands on presentation slides for the Mi Note 2. As per the slides, the device will be getting a dual-camera system on its back after all. The module might be composed of a 23MP Sony IMX318 lens and a 12MP Sony IMX378 one.

The rear shooters may also be equipped with abilities like OIS, 4K video recording skills, and dual-tone LED flash. Xiaomi is apparently going to introduce an iris scanner to the 8MP front-facing snapper, a first for the brand. Another major feature which could be making its debut is Force Touch.

Details about Xiaomi’s take on the technology are scarce right now. It’ll probably function similarly to Apple’s 3D Touch tool which lets users have access to additional options based on the amount of pressure they exert. As for the screen itself, it seems LG has manufactured the 5.7-inch Super AMOLED 2K panel.

Here’s a quick look at the rumored specs of the Xiaomi Mi Note 2:

The slides also indicate that the Mi Note 2 will sport an ultrasonic fingerprint scanner which will be placed underneath the display. The handset might be launched in a 4GB/64GB model priced at CNY 2799 (roughly Rs 27800) and a 6GB/128GB one at CNY 2999 (approx Rs 29800).