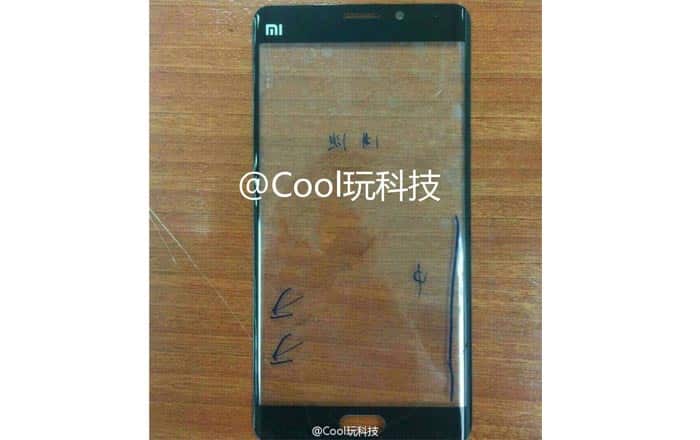 A freshly leaked image of the Xiaomi Mi Note 2 has begun doing the rounds on the internet. The handset has been garnering a lot of attention lately in the run-up to its expected September 5 launch.

If accurate, the new snap confirms an earlier rumor which had posited that Xiaomi was planning to launch flat and dual-curved screen variants of the Mi Note 2. Based on the photo, the upcoming smartphone looks similar to Samsung’s Galaxy Edge series of phones.

The front panel seen in the picture doesn’t give much away in terms of specs. The presence of a round cutout at the bottom could be an indication that Xiaomi is planning to fix the phone with a physical home button which likely do double duty as a fingerprint sensor.

There’s also a Mi logo in the top left corner of the alleged Mi Note 2. The symbol is usually reserved for the brand’s higher-end models. If nothing else, it eliminates the possibility of the smartphone being part of the affordable Redmi series.

According to Phone Radar, the regular flat screen version of the Xiaomi offering will feature a 1080p resolution, 4GB of RAM, and 64GB of internal storage. As for the edge variant, it could get a bump up to QHD and pack 6GB of RAM and 128GB of space.