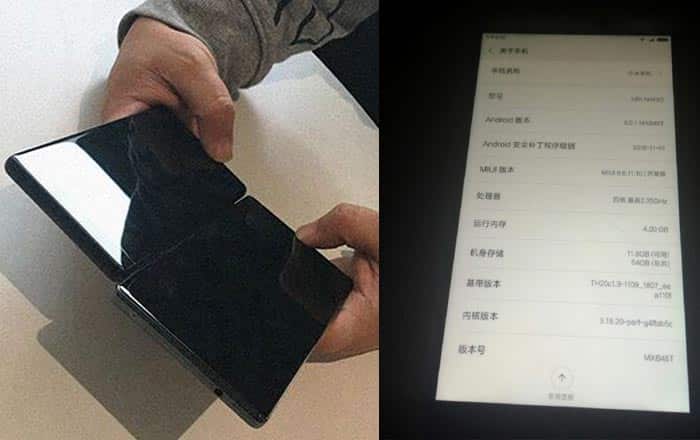 Xiaomi’s almost borderless Mi Mix stirred up quite a bit of attention when it came out last month. Surprisingly, a new report claims that the brand is already planning a smaller sequel to the handset.

To recap, the Mi Mix’s display measures 6.4 inches. The alleged Mi Mix Nano might measure 5.5 inches, a much more manageable size for those who don’t want to lug a massive phablet around. Evidence for this tinier model comes in the form of images comparing the two, along with a list of specs as seen on the latter’s screen.

The Weibo-sourced leak suggests that the Mi Mix Nano will pack 4GB of RAM and 64GB of internal storage. It could be powered by a 2.35GHz Snapdragon 821 processor. It also appears to be running on Android 6.0.1 Marshmallow with MIUI 8 skinned on top.

Xiaomi may equip the handset with the same 1080p resolution as the bigger variant. While the latter has a 91.3% screen-to-body ratio, the former is expected to carry a slightly lesser 90% ratio. As for the rumored handset’s price, it could go for CNY 2999 which translates roughly to $435 or Rs 29700.

The blurry photos which have gotten leaked don’t reveal much about the Mi Mix Nano. It seems to look similar to its larger sibling and is expected to be crafted out of the same ceramic body. We’ll fill you in on more details as when they emerge over the course of the next few weeks.