Xiaomi’s launched 2 new versions of the Mi Mix 2, even as a couple of Mi Mix 3 prototype renders have come to light via Weibo. It’s a bit early for speculation, casting some doubt over the authenticity of the latter leak.

First of all, the images seem to suggest that Xiaomi will be getting rid of bezels entirely for the Mi Mix 3. While the company will probably eliminate some border area, it’s unlikely to jettison all the sensors to do so. If you’re wondering where they are, the sketches suggest that the brand will move them to the back.

There are 3 renders of the prototype Mi Mix 3 which depict the earpiece and various sensors at the rear. This is extremely impractical since you’d have to turn the phone around every time you wanted to make a call. Plus, Xiaomi itself uses alternatives like a hidden sound-guided speaker design for calls. 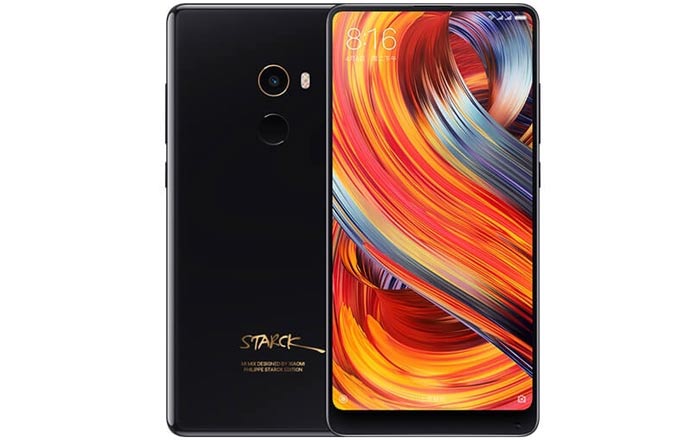 It’s highly likely the leak is fake, perhaps nothing more than a fan-made idea. In more official news, Xiaomi has unveiled a new 8GB/128GB Black Ceramic Edition and Starck Edition of the Mi Mix 2. It plans to begin selling the pair in China starting from November 28 at CNY 4699 (roughly Rs 46150) and CNY 4999 (approx Rs 49100), respectively.

To recall, the Mi Mix 2 was announced in a regular and a Special Edition ceramic variant in white. The latter is now available in black thanks to the new additions. The Starck Edition is pretty much the same, except it has Mi Mix series designer Philippe Starck’s signature at the back.