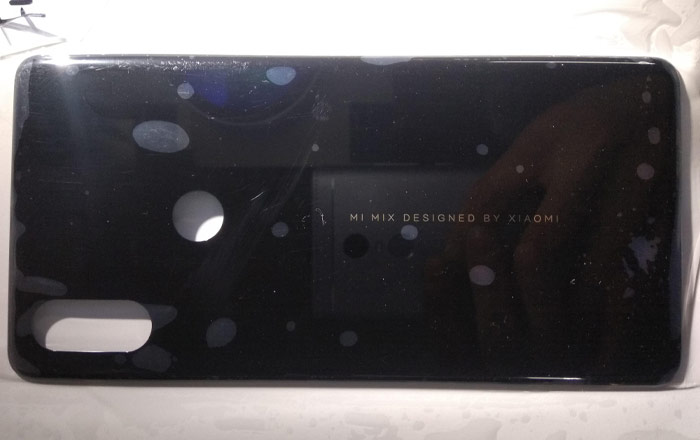 It seems the back panel of the Mi Mix 3 has gotten leaked online, going against what an earlier rumor had suggested would be the design of the device. The previous image was allegedly of a Mi Mix 3 prototype with dual cameras in a horizontal position.

The one pictured above clearly has the dual lenses in a vertical alignment, just like the iPhone X. Unlike that handset though, the rear surface makes room for a fingerprint sensor smack dab in the center. The sentence along the length of the back panel reads “Mi Mix designed by Xiaomi.”

The Mi Mix 2 had the same inscription on its rear. It’s not necessarily proof that the part is authentic though, since the lettering is easy enough to fake.

If it actually is the real deal, then the Mi Mix 3 will be the first member of the series to have twin snappers at the back. Some speculate that the phone is actually the Mi Mix 2s. Whatever the case, it’s still very early days for the smartphone as its predecessor came out just a few months ago.

Unless, of course, Xiaomi plans to unveil the Mi Mix 3 early. Talk so far has hinted that the company is concentrating on the Mi 7 for now, so this hypothesis is unlikely. The flagship device is confirmed to be one of the first to run on the Snapdragon 845 processor and should come out within the first half of the year.