The Mi Mix 2s has shown up in all sorts of leaks in the run-up to its expected launch this month, but it hasn’t been captured on video yet. A fresh Weibo sighting changes things in this regard, but it’s tough to make out whether it’s authentic or not.

For one thing, the video below only features the bottom half of the alleged Mi Mix 2s. The top half is MIA, so we can only assume that it’s the real deal. The handset is supposed to have a small cutout located at its top right corner to house its selfie camera, but naturally there’s no sign of it in the video.

What does add a layer of authenticity to the footage is the use of iPhone X-like gestures to navigate the phone. The person handling the device swipes up and holds the position for a moment, triggering app switcher window to open. 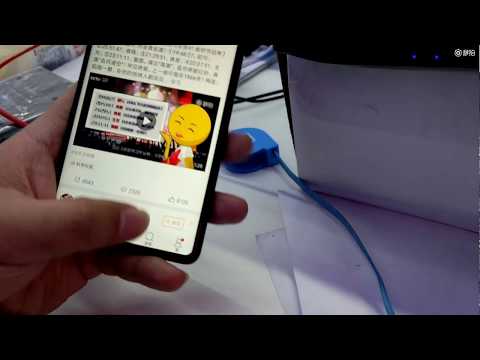 While this is a direct rip-off of the iPhone X, Xiaomi appears to be adding its own spin to it by not including a Home indicator. iOS has a thin bar close to the bottom to serve as a virtual home button in the absence of a physical one. Some have found this annoying since it stays on screen constantly.

Perhaps Xiaomi took this into account when designing its own interface. The post accompanying the video talks about how the Mi Mix 2s is going to be the first dual camera-sporting Mi Mix phone. It could also be the first smartphone in the world to debut with the Snapdragon 845 processor, if it manages to come out ahead of the Samsung Galaxy S9.