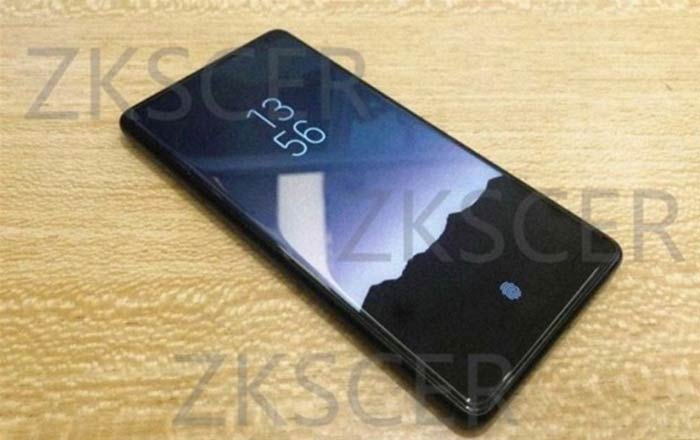 Xiaomi has officially confirmed that the Mi Mix 2S is coming out on March 27 at an event in China, but that hasn’t stopped the flow of leaks from marching on. The latest one comes courtesy its home country and shows the smartphone with what appears to be an under-display fingerprint scanner.

The alleged Mi Mix 2S in the image does have a virtual fingerprint logo towards the bottom half of its screen, but that can’t be taken as conclusive evidence. There might just be a fingerprint reader at the back of the phone like before, with the logo just a software quirk.

Under-display fingerprint scanners are not unheard of now, what with Vivo’s innovations in the area. Xiaomi could be looking to catch up with a solution of its own. It has in fact been rumored for the Mi Mix series in the past, along with 3D face scanning just like the iPhone X.

Perhaps Xiaomi wants to one-up Vivo and Apple by offering both in the same handset. It’s already begun building up the hype for the device, starting with its Snapdragon 845 processor. While the Samsung Galaxy S9 will be the first to market with the SoC, the Chinese firm won’t be that far behind.