The Mi Mix 2 has gotten leaked on two fronts, one via Weibo and the other via Philippe Starck. The latter is the French designer behind the original phone and the current one too.

Starck recently uploaded a short video to his Facebook page which bears the caption ‘Even less’ and the words ‘Mi Mix 2 Conceptual Product Design WIP v3’ at the corner of the teaser. There’s a strong chance the handset seen in the video will closely resemble the final product given that Starck himself had a hand in designing the smartphone.

Based on the video and caption, the Mi Mix 2 will cut down on borders all around. There’s very little left up top, while the bottom has a narrow bezel which curves at the corners. There’s no denying the similarity to the Galaxy S8 here, with the device coming across as an even more extreme version of that particular flagship.

Interestingly enough, it seems Xiaomi has kept the selfie camera at the bottom right corner of the smartphone. There aren’t any other sensors on the front panel, suggesting that the brand is sticking to discreet ear receivers hidden from view. It may introduce a new under-glass fingerprint scanner rather than placing it at the back. 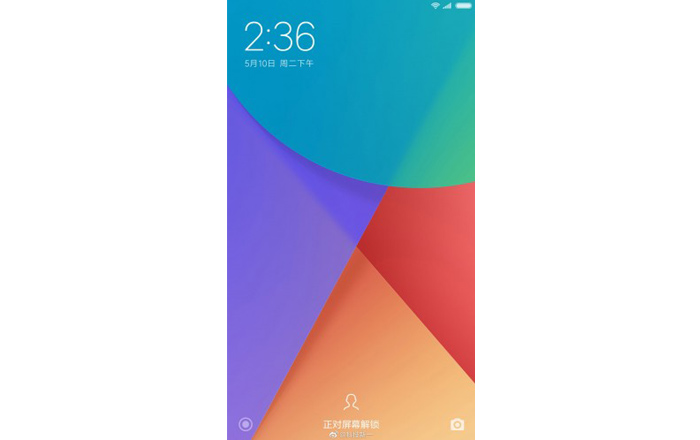 As for the Weibo leak, a tipster has shared an alleged screenshot of the Mi Mix 2’s lockscreen. It features a symbol of a person’s head at the bottom, with some taking this as a sign that facial recognition will be an option. The source claims that the phone will go one step further and utilize 3D facial recognition, just like the iPhone 8.