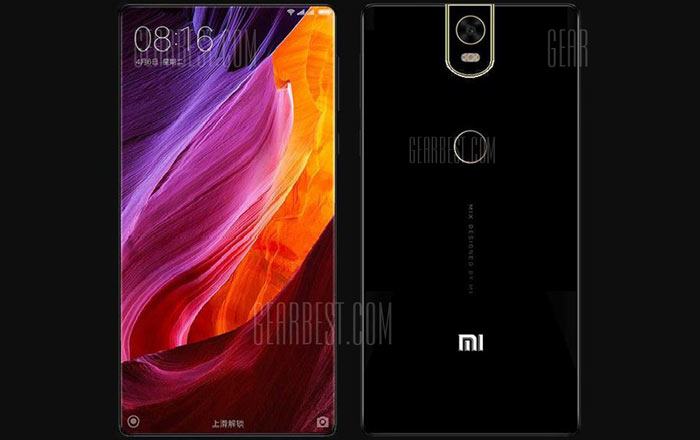 The Xiaomi Mi Mix 2 is expected to come out at some point in the second half of the year. However, the fact that it hasn’t been released yet hasn’t stopped e-commerce website GearBest from listing the phone.

While GearBest isn’t offering up any price or availability details, it does have quite a few specs on display. The Mi Mix 2 is apparently going to be powered by a 2.45GHz Snapdragon 835 processor and Adreno 540 GPU. This isn’t entirely out of the question since Xiaomi’s flagship Mi 6 carries the SoC as well.

As for its screen, Xiaomi is supposedly going to stick to the same 6.4-inch display as the original Mi Mix but up the resolution to 2540 x 1440p, in addition to blessing it with AMOLED technology. The accompanying photo in the listing hints at an all-screen panel from top to bottom, but is likely just a placeholder mockup until the real phone comes along.

Photography-wise, the Mi Mix 2 could get a 19MP autofocus rear camera and 13MP front-facing one. A 4500mAh battery may keep the lights on, while the Android 7.1 Nougat-based MIUI 9 could keep things running smoothly. Possible connectivity specs include Bluetooth 4.2, A-GPS, GLONASS, dual-SIM, and 4G LTE.