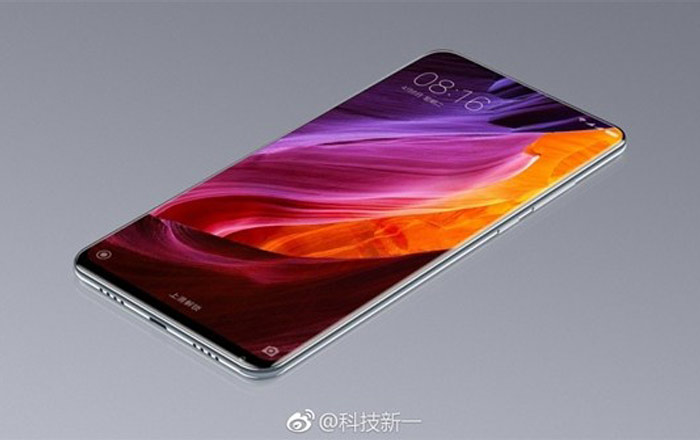 Xiaomi’s original Mi Mix already features a distinct lack of bezels, and it now looks like the brand will be cutting those borders down even more for the Mi Mix 2. This assumption is based entirely on a new photo obtained by a Weibo leakster which he claims is from an insider.

The tipster believes there’s a 90% chance the image above is a Mi Mix 2 prototype. Based on the render, the handset appears to be inching ever closer to a 100% screen-to-body ratio. The side and top bezels are practically non-existent, while the bottom bezel has gotten a lot narrower than before.

It looks like Xiaomi is sticking to using an under-glass piezoelectric ceramic speaker rather than a conventional earpiece. Reports from earlier this year suggested that the module will be improved significantly via a collaboration with AAC Technologies.

Also Read: Xiaomi Mi 5X may be on its way to India

Interestingly, there doesn’t seem to be a front-camera anywhere on the Mi Mix 2 prototype. Its previous variant had placed the unit at the bottom right corner, an unconventional solution. This doesn’t appear to be the case for the upcoming phone since there’s no lens placed at that spot.

Perhaps Xiaomi has come up with a way to hide the selfie camera underneath the display or is still in the process of working out the kinks. As for the overall design, the renders indicate that the device is much more rounded than before. It also appears to be thinner, with a silver frame surrounding it.

Rumor has it the Mi Mix 2 will be priced at around CNY 4999 (roughly $750 or Rs 48020) and come out in mid-September. If true, the handset will be much more expensive than its predecessor.