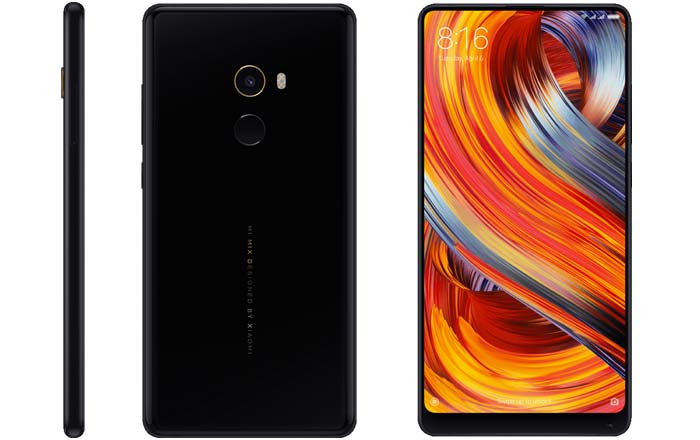 Xiaomi has officially launched the Mi Mix 2 in India just over a month after announcing the phone in China. The handset will be sold via Flipkart and the brand’s site priced at Rs 35999 via a preview sale on October 17.

The Mi Mix 2 will be facing some stiff competition in India from other bezel-less phones such as the Galaxy S8, Galaxy Note 8, LG G6, and iPhone X. There’s also the fact that Xiaomi has done well in the affordable market sector for the most part and is untested when it comes to the more premium side of things in India.

Xiaomi’s made a number of improvements to the handset as compared to its predecessor. The chin at the bottom is 12% thinner and the aspect ratio has gone from 17:9 to 18:9. The device has become a lot more compact as well, shrinking down from 6.4-inch to 5.99-inch.

Best of all, the previous cantilever piezoelectric ceramic acoustic technology has gotten replaced by a sound-guided 50W high power speaker design for better call clarity. One thing that hasn’t changed is the 5MP selfie camera unusually located at the bottom right corner.

Xiaomi has only brought the standard 6GB/128GB version of the smartphone to India. It had launched a Special Edition model that packed 8GB of RAM and an all-ceramic body in China, but didn’t mention whether that would be coming to the subcontinent as well.

A quick summary of the Xiaomi Mi Mix 2’s specifications:

The Mi Mix 2 will hit general availability in the first week of November during which it’ll go up for sale via Xiaomi’s site, Flipkart, Mi Home outlets and other offline shops. No offers have been announced yet other than a 0% EMI deal.