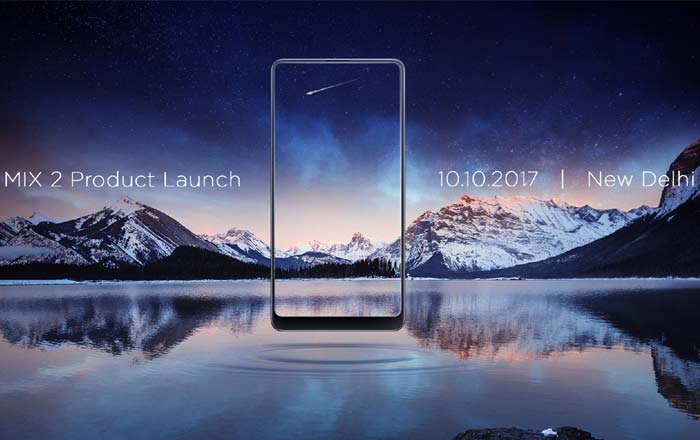 Xiaomi has officially announced its intentions to launch the Mi Mix 2 in India, organizing an event on October 10 to unveil the phone. The brand had promised to bring the device to the nation shortly after its debut, but didn’t specify when exactly this would happen.

The original Mi Mix then never made its way to India. The market is now full of bezel-less competitors like the Samsung Galaxy S8, Galaxy Note 8, LG G6, LG Q6, and iPhone X. The last even got a mention in Xiaomi India head Manu Kumar Jain’s tweet in the form of a #TheOriginalX hashtag.

Xiaomi kept the same basic design as the Mi Mix for its sequel, but changed things up by cutting down on the chin by 12% for even more usable screen space. The display itself has become a bit smaller, going from 6.4-inch to 5.99-inch. Even the aspect ratio has gone from 17:9 to 18:9.

We’ll keep you updated on the Mi Mix 2’s cost and availability the moment it lands in India on October 10.