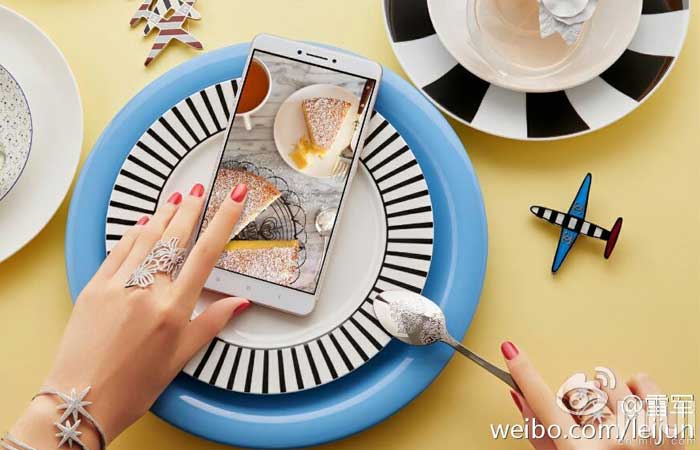 Xiaomi has thrown itself into building up the hype for its upcoming Mi Max phablet which is set to be announced on May 10. The latest round of promotion has seen it officially releasing photos of the handset while keeping details such as the phone’s specs close to its chest.

The 3 new photos place the Xiaomi Mi Max in a variety of environments. Each sports a unique color scheme, suggesting the device may be sold in pink, gold and blue colors. Not much else can be determined from the snaps, other than the fact that it features a Mi Note-esque design with capacitive buttons.

The fresh evidence puts to rest earlier leaks which had suggested a Mi 5-like physical home button which did double duty as a fingerprint scanner. As can be seen in some of the subsequent promotional photos for the Mi Max, the new phablet ships with a fingerprint sensor on its back instead. 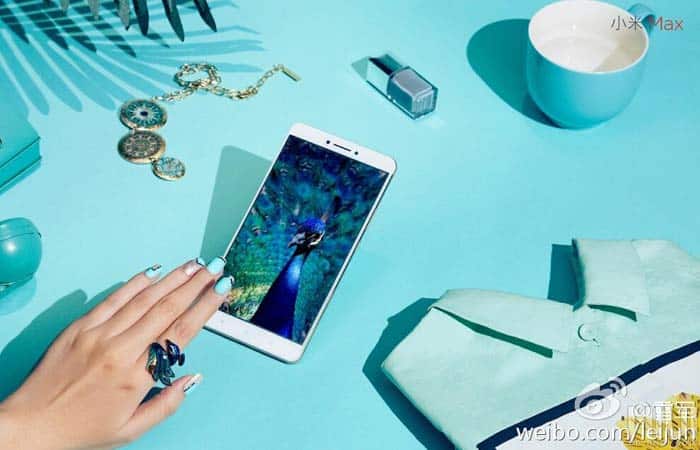 The Xiaomi smartphone’s specs were laid bare in a new leak recently thanks to TENAA. According to the listing, the device will be sized at 6.44-inch and offer a full HD resolution display. A hexa-core Snapdragon 650 processor is set to power its daily activities, in conjunction with an Adreno 510 GPU.

The Mi Max is expected to be sold in two variants. One packs 2GB of RAM and 16GB of ROM, while the other contains 3GB of RAM and 32GB of ROM. Both may run on Android 6.0 Marshmallow with a layer of MIUI 8 on top and a 4000mAh battery. Photography enthusiasts can look forward to a 16MP rear camera with dual-tone LED flash and 5MP front snapper.