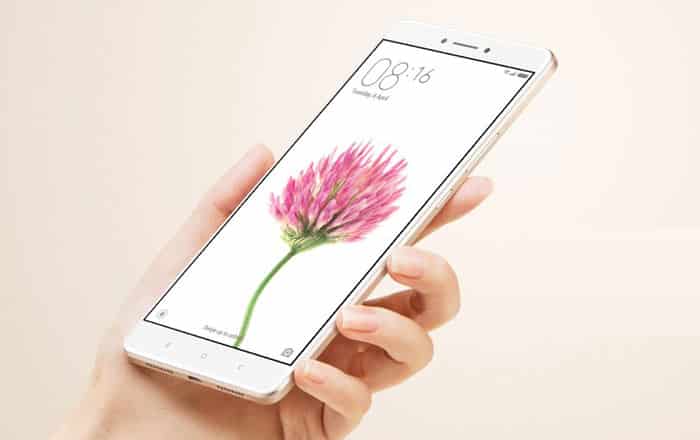 The giant of a smartphone which is the Xiaomi Mi Max, has set foot on Indian soil with its price set at Rs 14999. That being the asking amount of its 32GB storage model, its 128GB storage variant has also landed in the country at Rs 19999. It is to be noted that both come with microSD card slots on them.

The Xiaomi Mi Max is known for its massive 6.44-inch display and its all-metal construction. This phablet holds a fingerprint scanner on its rear surface, and runs the Android 6.0 Marshmallow-based MIUI 7. An update to MIUI 8 will be released for it on July 11.

A clear look at the specs of the Xiaomi Mi Max:

Xiaomi has blessed this device with a 16MP rear camera, an f/2.0 aperture lens and support for phase detection autofocus. As for the selfie camera, it’s a 5MP unit with a wide f/2.0 aperture lens. This dual SIM 4G phone also has an infrared blaster for acting as a remote control for household electronics.

The Xiaomi Mi Max will be made available through Mi.com via a flash sale on July 6 first. Then, its open sale will commence on July 13 via Amazon, Flipkart, Snapdeal and Paytm.