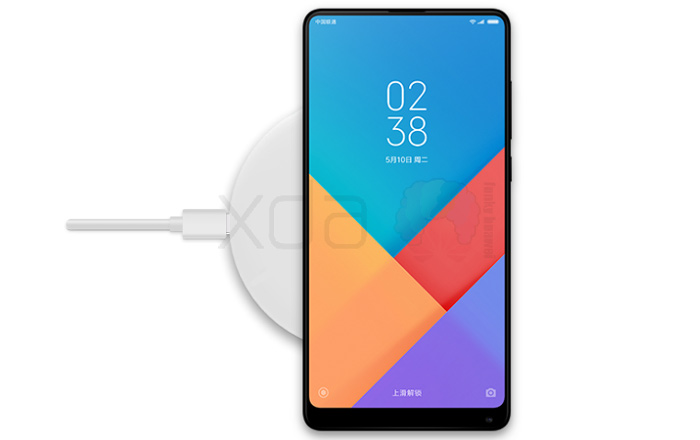 The Mi Max 3 has resurfaced once again, revealing a ton of new specs and an intriguing photo in the process. XDA Developers obtained firmware files for the smartphone which offer plenty of hints about the handset.

First of all, it seems Xiaomi is going to equip the Mi Max 3 with support for wireless charging. None of the brand’s phones support wireless charging yet, so this will be quite an upgrade. The Mi 7 is supposed to get it first though, so the phablet could be second or even third in line behind the Mi Mix 2s.

The site also found a help video and graphic (see above) for the Mi Max 3 and a Qi-compatible wireless charger. It’s possible the brand is using a generic device to explain the process of wireless charging and not the actual Mi Max 3. There’s also evidence that the phone will be packing a Snapdragon 660 processor, an 18:9 aspect ratio, and a huge 5500mAh battery.

Xiaomi may either choose to place a single rear Sony IMX363 sensor on the device or dual S5K217 + S5K5E8 Samsung sensors. On the flip side, it looks like there’s going to be a single S5K4H7 Samsung sensor and an iris scanner.

The iris scanner should be useful, making it easier to unlock the smartphone without having to lift the Mi Max 3 up to reach for the fingerprint scanner on the back. The smartphone is currently running on Android 8.1 Oreo, but it’s possible the handset will be launched with an older version since it actually started life as a Nougat phone.