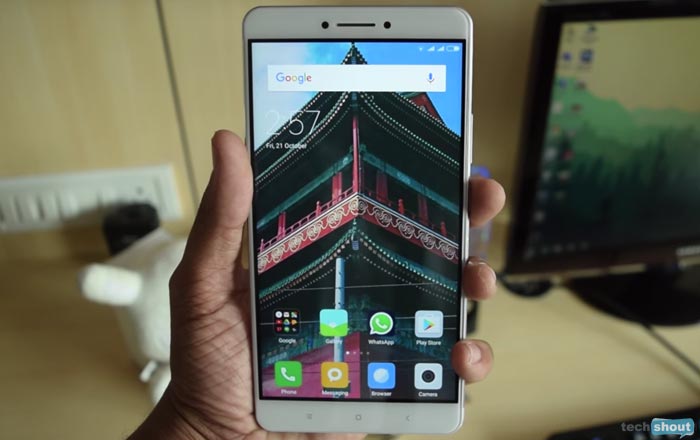 Xiaomi’s reportedly working on a successor to the Mi Max which it might release sometime in May this year. The so-called Mi Max 2 is apparently going to look similar to its predecessor in terms of design but offer some major upgrades inside.

As per a Weibo leakster, Xiaomi is sticking to the same 6.44-inch screen for the Mi Max’s second coming. The company’s apparently switching to an integrated metal process rather than a 3-stage one while keeping the overall look unchanged for the most part.

As for specs, the Mi Max 2’s performance is apparently getting a boost in the form of a Snapdragon 660 processor. The SoC may be accompanied by an ample 6GB of RAM and 128GB of ROM. Furthermore, the handset could get its hands on a bigger 5000mAh battery with support for fast charging.

Xiaomi itself hasn’t said anything official about the rumored phablet. It had launched the original in China back in May last year, making a May 2017 unveiling for the follow-up not far out of the realm of possibility.

In other Xiaomi-related speculation, the brand confirmed that it’s working on a sequel to the Mi Mix. The almost borderless wonder made quite an impression when it came out last year. Reports allege that the company’s attempting to double down on this look with an even larger 93% screen-to-body ratio, up nearly two points from the first’s 91.3% one.

We’ll keep you updated on the Mi Max 2 as and when more information about the smartphone drops in.