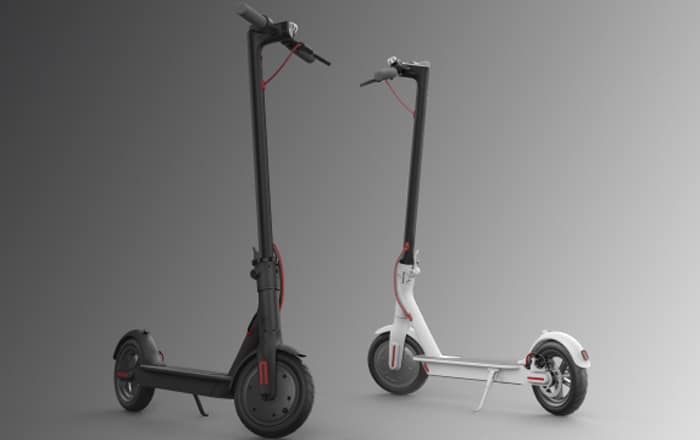 Xiaomi’s officially launched its latest venture into electric vehicles in the form of the Mi Electric Scooter. It’s being released as part of its Mijia sub-brand of smart products.

To recall, Xiaomi’s previous undertaking within the world of transport included a Ninebot mini self-balancing scooter and Qicycle Electric Folding Bike. The new Xiaomi Mi Electric Scooter isn’t exactly reinventing the wheel in terms of innovation, but does offer a number of useful features such as its ability to get folded within 3 seconds at the touch of a button.

The Xiaomi offering has been carved out of an aluminum alloy and promises a top speed of 25kmph. It gets its power from a 280Wh LG 1850 EV lithium-ion battery which can be monitored via a smart BMS battery control system and an app.

The Mi Electric Scooter features a Kinetic Energy Recovery System (KERS) which automatically converts the kinetic energy of the moving vehicle into electrical energy. The process also serves to increase the battery life of the product.

Xiaomi’s further equipped it with EABS and a dual braking system to make sure the braking distance can be controlled within 4m. Users can pair the mode of transport with their smartphone via Bluetooth to keep track of things like its battery life, battery health, and speed.

The Mi Electric Scooter is priced at CNY 1999 (roughly Rs 19500) and will be available in China starting from December 15. We’ll let you know if it travels outside the nation any time soon.