Having smartphones offer curved displays hasn’t quite managed to become a mainstream trend yet, but a number of manufacturers are now jumping into the game, with Xiaomi apparently being one of them with its apparent Mi Edge device. This handset is being rumored to offer a dual edged panel on its front surface, just like the one on Samsung’s Galaxy S6 Edge.

That render you’re seeing below is obviously not a legit one, but more of a prediction of what the Xiaomi Mi Edge will actually look like. We’ve been hearing murmurs about this device since quite a long time, but it’s only now that we’ve received some detailed specifications of it.

Xiaomi will apparently be equipping it with a 5.2-inch curved display bearing a Quad HD resolution of 1440 x 2560 pixels. This assembly will result in its pixel desnsity count climbing up to 565ppi. According to Phone Arena, it has been revealed by My Drivers that either 3GB or 4GB worth of RAM will be on offer through the handset. 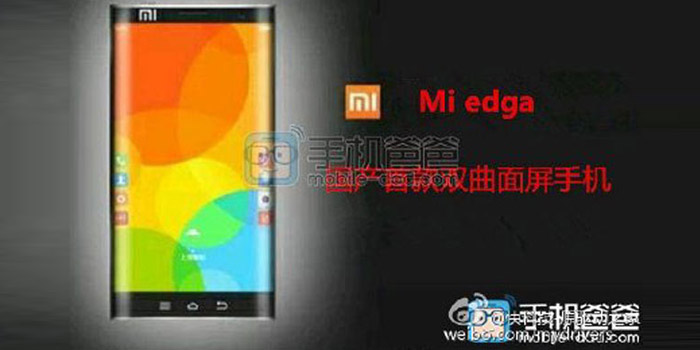 At its heart will be a Qualcomm Snapdragon 808 chipset. This means a hexa core processor will be seen powering its operations, taking assistance from an Adreno 418 GPU. This dual-edged phone is expected to arrive in the market sometime this October.

We have even been given an idea of its price by this report. It is believed that Xiaomi will be offering it at equivalent costs of around $391. This means its Indian price could be somewhere around the Rs 26000 mark.

These are all the crucial details about the Xiaomi Mi Edge that are available right now. We’ll have more on it when additional information is out.