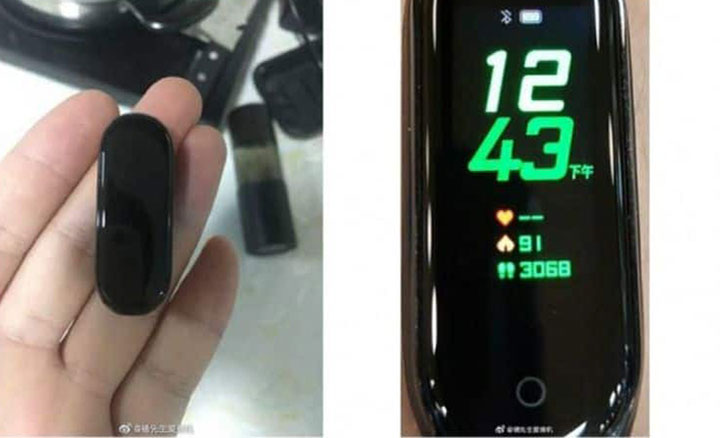 The images confirm earlier reports that the next-generation fitness band will have color display instead of monochrome screens.

The blogger who posted the images revealed that the size of the Xiaomi Mi Band 4 will be similar to the previous generation bands and will support Xiaomi AI, the personal assistant.

The next generation Xiaomi fitness band is likely to support Bluetooth 5.0 connectivity.

The Xiaomi band 4 is also said to feature a photoplethysmography (PPG) sensor which let you detect Blood pressure.

The battery capacity of Xiaomi Mi Band 4 is increased from 110mAh to 135mAh and there will be no need to pull apart the band module when charging. Instead, it can be directly placed in the charger.

While there is no confirmation as to when the new Mi Band 4 will be introduced, there are speculations that it will cost $72 for the NFC variant while the standard version will be priced around $28-$43.