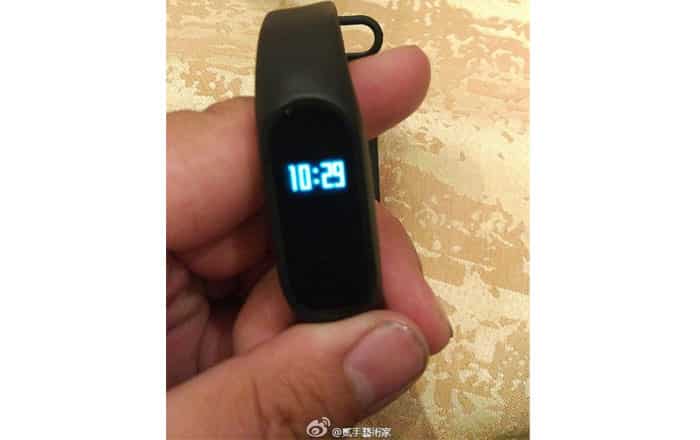 Anxious fans waiting for the Xiaomi Mi Band 2 won’t have to wait too long now thanks to the company’s CEO Lei Jun confirming the device will be making its debut in early June. This falls roughly in line with his earlier statement where he had said that the wearable’s release had been delayed by a month.

To recap, the Xiaomi Mi Band 2 was previously set to be announced alongside the Mi Max and MIUI 8 OS. However, the mass production of the offering ran into problems, with Jun clarifying that raising the level of assembly was tricky. This development unfortunately resulted in the brand being forced to postpone its unveiling.

Other than the June date, Jun hasn’t revealed any other information about the Xiaomi wearable. A fresh leak which came out a few days ago showed off some hands-on snaps of the gadget in the wild. Based on the images, it’s clear that the manufacturer is equipping the band with an actual display. The previous variants only offered a basic LED light setup and relied heavily on a paired phone.

The newly installed screen effectively reduces the Mi Band 2’s dependence on a consumer’s smartphone by directly informing them about various health-related stats such as the steps walked, heart rate, calories burned and speed. It further retains its predecessors silicon design and tells users how much battery power they have on hand.

While there haven’t been any hints concerning the cost of the Xiaomi Mi Band 2 so far, the device is expected to be priced competitively and cheaply. We’ll fill in you in on more details about the wearable the moment it gets launched officially.