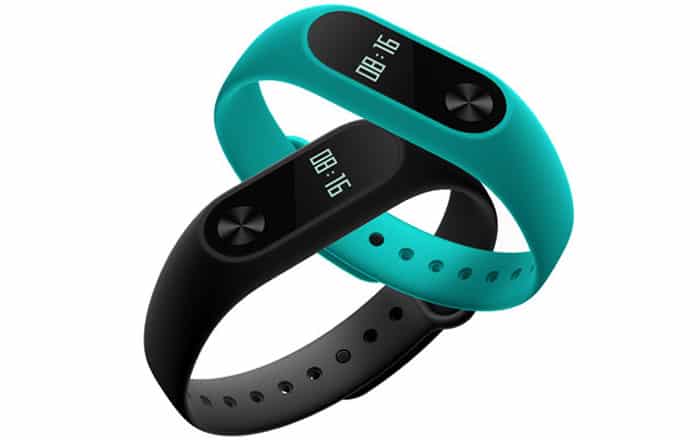 Xiaomi has finally taken the covers off the Mi Band 2, almost a month after it was originally set to make its debut. The new wearable will hit shelves in China starting from June 7 priced at CNY 149 (approx $22 or Rs 1500).

The Xiaomi Mi Band 2 is slightly more expensive than its $13 predecessor. It offers a number of major upgrades over the original model such as its built-in heart rate sensor and 0.42-inch OLED screen. To recall, the previous devices in the series only featured a basic LED light setup and relied on a user’s smartphone to relay stats.

The Mi Band 2’s panel effectively cuts down on a consumer’s dependence on their phone by displaying data like steps walked and time taken to complete an activity. It’s been fashioned out of skin-friendly thermoplastic elastomers and even boasts of water resistance abilities thanks to its IP67 certification.

One major aspect which has gotten affected by the newly-installed screen is battery life. The new Xiaomi offering can supposedly last for 20 days at a stretch thanks to its 70mAh battery. It’s a slight step down from its predecessor’s 30-day standby time.

All-in-all, the Mi Band 2 does what most fitness trackers in the market can do nowadays. It promises to keep an eye on fitness goals and provides data on a person’s sleeping patterns. It connects to handsets using Bluetooth 4.0 LE and vibrates in order to alert users to the presence of calls, messages and alarms.

The Xiaomi Mi Band 2 is set to be sold in black, blue, green and orange colors. It’s only been announced for China right now with no word on when it’ll travel to international waters. We’ll keep you updated when it does.