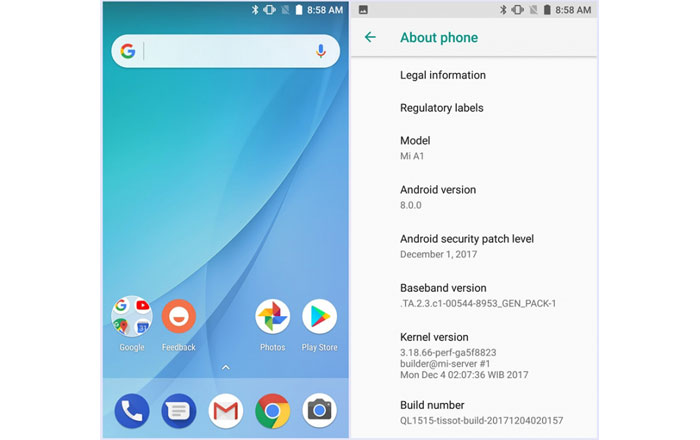 The Mi A1 just got its first big discount and now there’s some more good news for existing and new users alike. Xiaomi has begun seeding out the first beta build of its Android 8.0 Oreo upgrade.

Xiaomi had in fact been looking for beta testers for its program last week. It later closed off registrations saying that it had completed its quota of participants. Its MIUI forums now indicates that the beta software has begun arriving on the Mi A1. It weighs in at 1104MB and has its share of small bugs, as is to be expected from pre-release builds.

One person claims that dual-SIM functionality is giving them problems, while another says the fingerprint reader unlocks the Mi A1 faster. The former will hopefully get resolved by the time Xiaomi’s ready to roll out the upgrade. The brand hasn’t said when exactly this will happen, but it did mention that the update will hit phones by the end of 2017.

There’s a little more than 2 weeks left for that, so users should keep an eye out for the official Android 8.0 upgrade. The MI A1 is going to be one of the few Xiaomi phones to get Oreo early as it’s part of Google’s Android One program. Not only that, the device is also guaranteed to receive a promotion to Android P whenever that rolls around next year.

All other Xiaomi offerings will probably have to wait till next year to get a taste of Oreo. The company started sending out the Nougat-based MIUI 9 to its user base just last month.