Two new leaks have arrived with information on the Xiaomi Mi 8 price and in-display fingerprint scanner. The first comes via a Weibo tipster who’s obtained a photo of the phone’s presentation. The second can be seen in a new video.

Speculation so far suggests that Xiaomi will release the Mi Band 3, Mi 7, and Mi 8 together on May 31. The last is probably going to be a special edition phone to mark the company’s eighth birthday.

That may be why it looks like Xiaomi’s going to bless the smartphone with both Face Unlock and an in-display fingerprint scanner. The latter can be seen in action in the video below. The short 4-second demonstration features a person pressing down on a virtual fingerprint symbol. 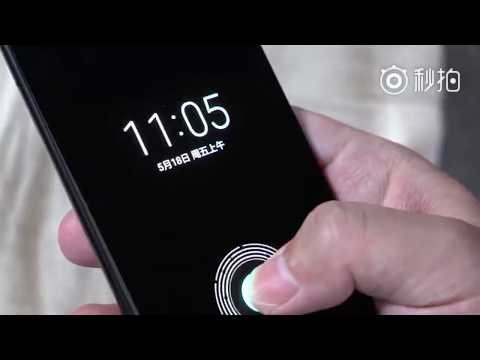 This instantly unlocks the device, revealing a home screen which looks just like Xiaomi’s MIUI. The Mi 8 is said to have a notch design, but it can’t be seen here since the top half is cut off from view. One aspect in the leak’s favor is the fact that the date listed is 18 May which makes it pretty recent.

The video should still be taken with a pinch of salt though since it comes from an anonymous Sina tipster. The presentation leak looks a bit more authentic, but the phone’s render is blurred out. The slide lists the Xiaomi Mi 8 price as CNY 2799 (roughly Rs 29897) for the 6GB/64GB option.