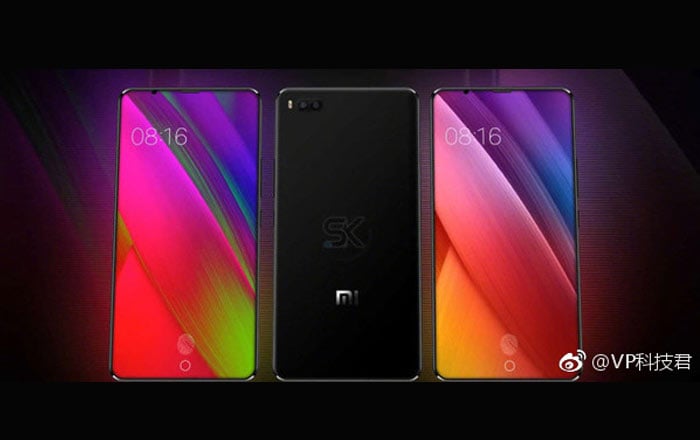 Xiaomi’s upcoming Mi 7 is back in the rumor circuit with 2 reports out of China which contradict each other. One claims the handset is getting its hands on an iPhone X-like 3D facial recognition technology and ditching the fingerprint reader, while the other asserts it will be sporting an under-display fingerprint scanner.

Starting off with the first, MyDrivers points out that while companies like Vivo and Huawei are planning to release phones with under-screen fingerprint sensors, Xiaomi is yet to confirm or discuss its plans. This is apparently an indication that it’ll be turning to 3D facial recognition.

This is a pretty big leap to make, especially since an earlier article by the same publication had asserted that Xiaomi was abandoning 3D face scanning for the Mi 7 since it’s yet to perfect the feature. It’s apparently set to incorporate the method in the future, but isn’t ready just yet.

As for the second, GizChina has gotten hold of a couple of unofficial renders which suggest that an under-display fingerprint scanner is in the works. There’s a fingerprint graphic towards the bottom which indicates this, part of a nearly bezel-less screen. The only interruptions appear to be the microphone and camera up top.

The overall design is very reminiscent of the Mi Mix series. A dual camera setup can be spotted at the back, with both said to carry a 16MP resolution with a f/1.7 aperture. The Mi 7 is set to run on a Snapdragon 845 processor and pack 6GB of RAM.

It’s not possible to ascertain the accuracy of either rumor right now. We’ll just have to wait and see which one turns out to be right when the Mi 7 finally makes its debut.