Images and specs of the Xiaomi Mi 6C got leaked online recently, shedding some more insight into the brand’s mid-range alternative to its flagship phone. A Baidu leakster has supplied this fresh information, claiming to be ex-employee of the company.

According to him, the Mi 6C will be launched in the fourth quarter of the year and adopt a dual glass body design. It’ll apparently feature a dual-camera setup on its back. The module may consist of a 12MP OIS lens enhanced with a Sony IMX386 sensor and a 5MP lens to make tools like the bokeh effect possible.

However, the photo up top seems to indicate the Mi 6C will possess only a single shooter. This might not be true because the black window next to the LED flash unit is supposed to be the 5MP secondary camera. This sounds doubtful, so we’ll have to wait and see till more evidence of this comes through. 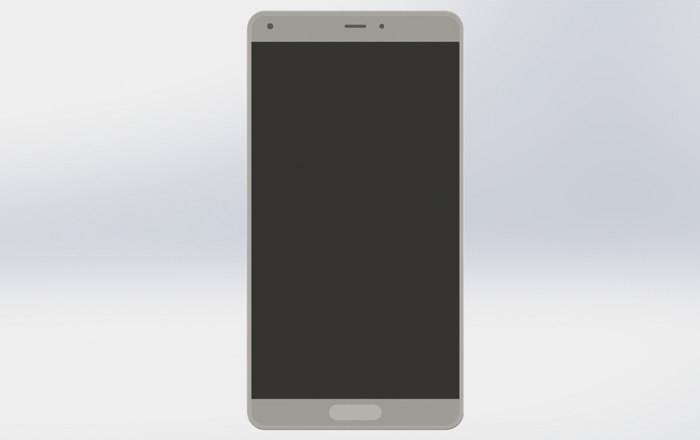 Another surprise comes in the form of a possible Surge S2 processor running through its veins. Earlier reports had suggested a Snapdragon 660 SoC was in the works. It appears Xiaomi might favor its in-house chipset instead. It’s built on TSMC’s 16nm process and is made up of four 2.2GHz ARM Cortex-A73 cores and four 1.8GHz ARM Cortex-A53 cores.

The Surge S2 additionally supports UFS 2.1 storage technology and LPDDR4 RAM. The Mi 6C could end up sporting smaller bezels than the Mi 6 thanks to the 2.5mm of border on the sides and 10mm at the top. This has apparently resulted in the device boasting of a higher screen-to-body ratio than its predecessor.