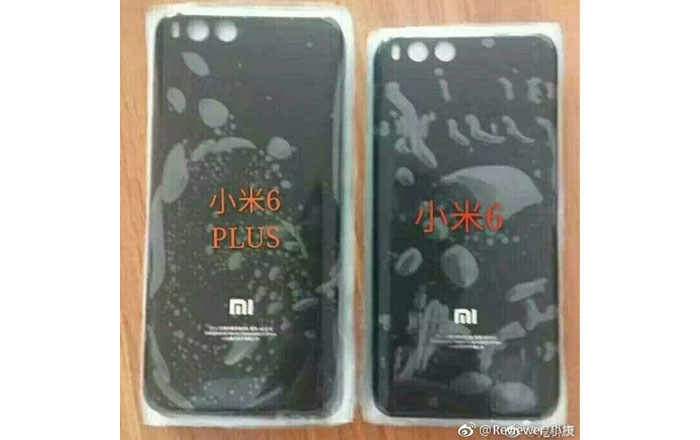 In a surprising blast from the past, the much-anticipated but never-released Xiaomi Mi 6 Plus recently got leaked on Weibo. You might recall the handset being a constant presence in the run-up to the Mi 6’s launch.

However, the Mi 6 Plus was nowhere to be found when the Mi 6 finally got unveiled, leaving many to wonder whether it ever existed in the first place. Here to clear the air is a new image which shows off the back plate’s of both variants side-by-side.

The part on the left is clearly labeled Mi 6 Plus and the one on the right declares itself to be the Mi 6. The two look identical save for the former’s larger size, right down to the dual cameras. Unfortunately, the leak doesn’t have any specification details to accompany it.

Also See: Xiaomi has its own rewards program in India now

Previous speculation had alleged that the Mi 6 Plus would sport a 5.7-inch FHD display and be powered by a larger 4500mAh battery. In terms of memory, it might pack 6GB of RAM and 64GB/128GB of UFS 2.0 storage. A Snapdragon 835 processor might fuel its operations, while Android 7.1.1 Nougat-based MIUI 8 could run at its heart.

Xiaomi may bless the Mi 6 Plus with the same dual 12MP snappers as its smaller counterpart. One thing the recent leak doesn’t address is the date the photo was taken. It’s possible the live image is from earlier this year before the Mi 6’s announcement and has just resurfaced now. In any case, we’ll keep our eyes peeled for any new updates on the handset.