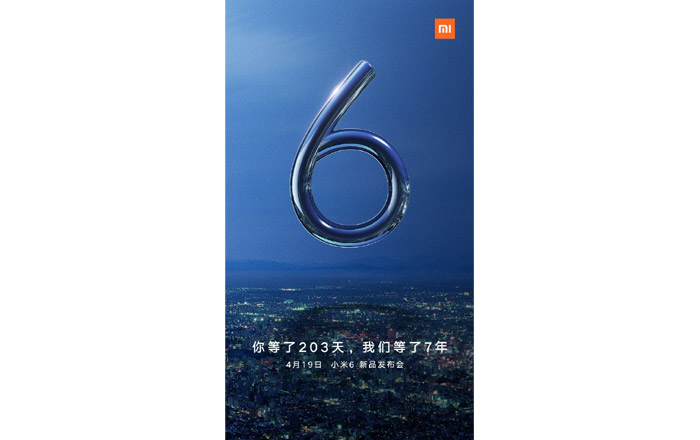 Xiaomi has officially cleared the air on the Mi 6, releasing a teaser which confirms that the phone will be coming out on April 19. A post on its Weibo page lead many to believe that the manufacturer was going to launch the handset today.

As it turns out, Xiaomi had only intended to announce the unveiling date on April 11, not showcase the Mi 6 itself. The poster accompanying the declaration simply depicts the number 6 against a city nightscape, confirming the name of the smartphone.

Some say the smaller Mi 6 will carry a single 19MP Sony IMX400 primary camera, leaving the rumored dual 12MP Sony IMX362 lens to be hoisted only on the Mi 6 Plus’ back. Images of the handset which have gotten leaked till date seem to suggest that at least one variant will be getting the benefit of twin shooters.

Xiaomi is also apparently introducing iris scanning abilities to the Mi 6. A recently leaked teaser of an eye hinted at this possibility, but it’s hard to say for sure until April 19 rolls around.