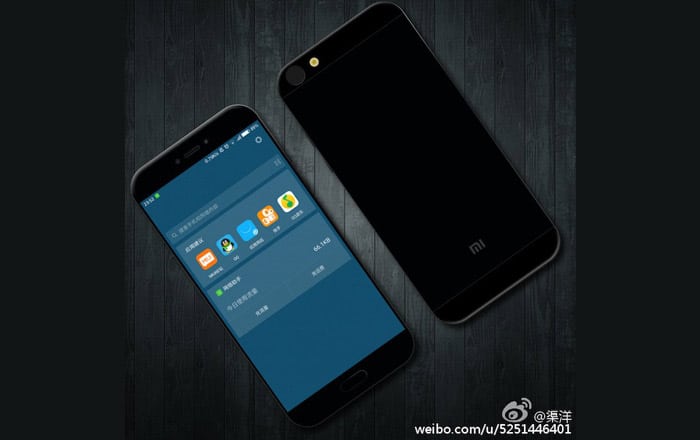 Xiaomi’s upcoming flagship Mi 6 has become the subject of a slew of new rumors regarding its launch date. While some Weibo sources have pinned down a February launch, other say an April unveiling is more likely.

Frequent leakster KJuma has posted what appears to be an invite for a Spring 2017 event which features the number 6 prominently. He also implied that the Mi 6 may come out on February 14, Valentine’s Day. However, other tipsters on Weibo claim that the phone will actually be delayed to April 2017.

The extension has apparently come about as a result of Samsung’s inability to produce enough quantities of Qualcomm’s latest Snapdragon 835 processor in time for an earlier launch for the Xiaomi device. This issue is supposedly affecting the South Korean brand’s own Galaxy S8 as well. The reasoning may also explain why the latter handset is coming out in April instead of February as per tradition.

As for the date conflict, the leaksters say the Mi 6 was originally going to be launched in February. If accurate, it does explain the presence of the alleged invite. They also assert that the smartphone is set to sport an ultra-narrow frame, 4 antennas, fast charging, and dual cameras.

Speculation so far has indicated that the Mi 6 could be sold in a dual-curved iteration dubbed the Mi 6 Edge, in addition to various others called the Mi 6S, Mi 6P, and Mi 6E. There’s no verified evidence to back this up though, so it should be taken with a pinch of salt.