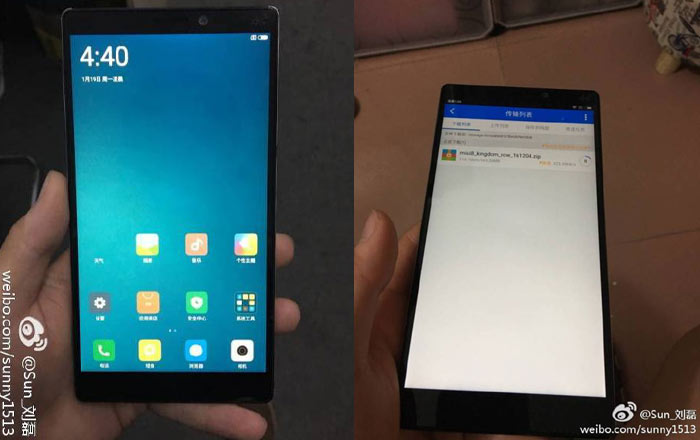 Live images of a handset rumored to be the Mi 6 have been spotted out and about online. The Weibo-sourced collection looks pretty different from previous photos of the handset.

The most noteworthy aspect of the snaps is the alleged Mi 6’s massive display, showcasing a pretty high screen-to-body ratio. The design looks to be inspired by the nearly bezel-free Mi Mix. If accurate, it could be an indication that Xiaomi is breaking with the design traditions set by the Mi 5.

No physical home button can be seen in the pictures. Xiaomi’s Mi logo isn’t present either, throwing the reliability of the leak into question. One thing it does have going for it is the MIUI skin spotted running in the images. Still, this doesn’t guarantee that the photos are authentic.

Xiaomi might also launch a third offshoot which features a ceramic body and 6GB of RAM. Other reported specs include an 8MP Sony IMX268 autofocus front camera, a 12MP Sony IMX386 rear shooter, and a Snapdragon 835 processor. The last could be the reason why the handset has gotten delayed since Samsung apparently has monopoly over the SoC.