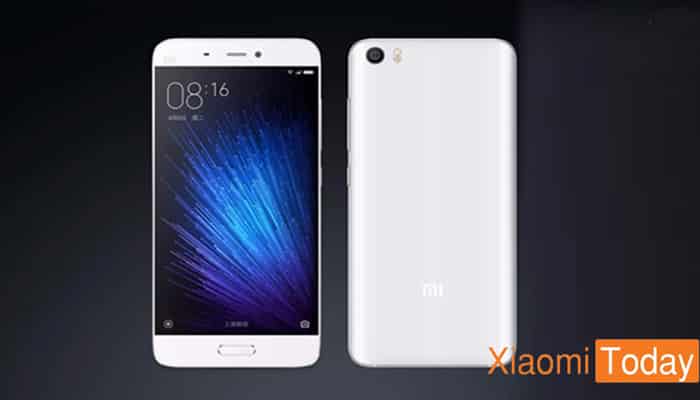 Xiaomi’s current flagship the Mi 5 is only a couple of months old now, but it looks like the manufacturer is already looking to launch an upgraded version of the phone. The new Mi 5s may be coming out in the second half of the year with a number of enhancements.

According to speculation so far, the Xiaomi Mi 5s will by and large be sporting the same design as its predecessor. However, a new leak suggests that the upcoming smartphone may in fact house a bigger 5.5-inch screen and not the same 5.15-inch display as the previous variant.

If accurate, that would push the Mi 5s into phablet territory. It’d be an interesting direction for the brand to take, presumably catering to people who would have liked a larger screen on the Mi 5. The panel is likely going to feature the same 1080p resolution as the latter.

Rumors so far have indicated that the future Xiaomi handset will be blessed with a pressure sensitive Force Touch screen which will work somewhat like Apple’s 3D Touch. Previous speculation had hinted that even the Mi Note 2 may come with the feature.

The technology basically allows the device to measure the amount of pressure a user is exerting on a screen, letting them perform a number of tasks more quickly. Other Chinese manufacturer like Gionee have already implemented Force Touch into their phones, so it’s not a stretch to believe that even Xiaomi is doing the same.

The new leak also mentions that the Xiaomi Mi 5s might feature a Snapdragon 820 processor, 6GB of RAM, and an ultrasonic fingerprint scanner. We’ll fill you in on more details about the handset as and when more information drops in.