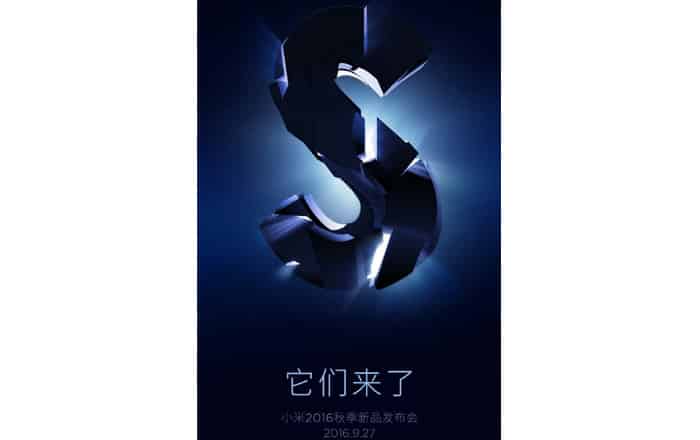 Xiaomi has officially announced a major event taking place in China on September 27 which will probably see the launch of the highly-anticipated Mi 5s. The press invite for the occasion showcases a giant letter ‘S’, a broad hint indicating that the company may indeed be debuting the phone.

The Xiaomi Mi 5s has been the star of a number of intriguing rumors till date. One of the most common assumptions is that the handset will be powered by a Snapdragon 821 processor. The SoC is still fairly uncommon having been launched only a few months ago. It’s a faster version of the Mi 5’s Snapdragon 820 SoC.

Another intriguing feature which could make its way into the Xiaomi product is Qualcomm’s Sense ID ultrasonic fingerprint sensor. The technology utilizes 3D scanning to capture an accurate map of the minute details of the fingerprint. This makes it harder to imitate. It also works even if the user’s fingers are dirty with substances like moisture or lotion.

Speculation so far suggests that the Mi 5s will carry a 5.5-inch 1080p screen. It could be stuffed with an impressive 256GB of internal space and 6GB of RAM. Previous reports had alleged that the handset would sport a dual-camera setup. However, more recent ones allege that it’ll instead offer a single 16MP primary snapper.

There might also be a 4MP shooter adorning the Xiaomi handset’s front surface. Other top specs include Android 6.0 Marshmallow, 4G connectivity, USB Type-C support, and a 3490mAh battery.