A new smartphone under the name of Xiaomi Mi 4i has showed up online and this could very well be the handset that the company plans to unveil in India next week. The device is listed on Singapore’s Infocomm Development authority (IDA) and also seen in GeekBench benchmark website.

As you probably know, the Chinese giant is using the slogan ‘i is coming’ for its upcoming global reveal set for April 23 in India. And thanks to the latest leak, we can more or less confirm that the ‘i’ is going to be the Xiaomi Mi 4i. The handset was spotted by MyDrivers at the aforementioned locations and what’s surprising is that the information revealed is almost identical to a handset which was leaked back in March. 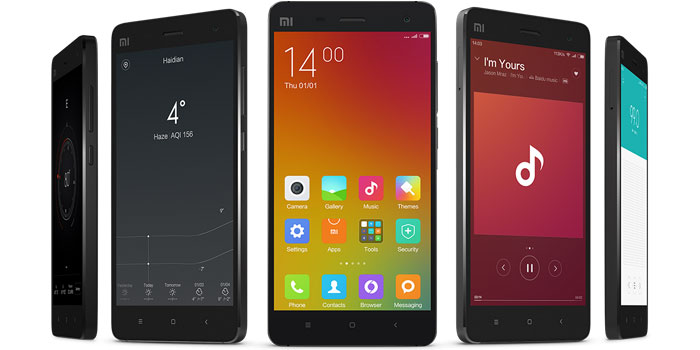 The device was listed as the Xiaomi Ferrari on GFXBench and is no doubt the handset in question. Judging by the Mi 4i moniker and the specs, the device is clearly a toned-down version of the original Mi 4. It continues to offers a 5-inch 1080p display, but instead of a 2.5GHz quad core Snapdragon 801 SOC, you’ll be treated to a slightly slower chipset.

Also read: Xiaomi Mi 5 confirmed to come with MIUI 7 based on AOKP Android 5.1

The benchmark website reveals that the handset will be powered by a 1.6GHz octa core Snapdragon 615 chipset and run Android 5.0.2 Lollipop out of the box. There will also be 2GB RAM, 16GB storage, a 5MP front camera and a 13MP rear shooter.