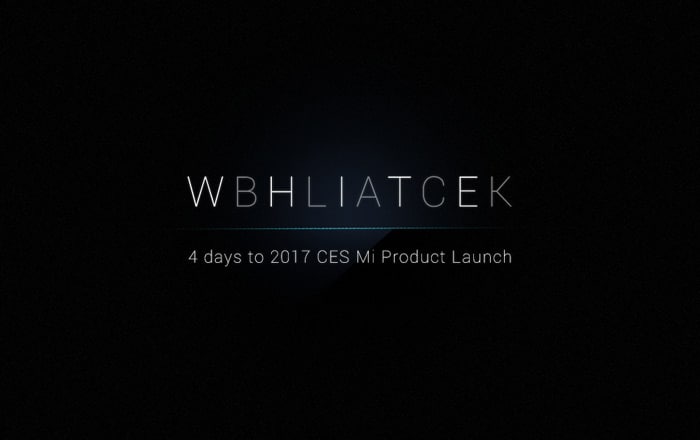 Xiaomi’s begun hyping up its upcoming CES 2017 appearance by releasing an intriguing new teaser for the event. The image could be taken as an indication that the brand plans on outing a white variant of its borderless Mi Mix handset.

To recall, Xiaomi had announced its debut CES appearance back in November this year. At the time, the company had hinted that it was going to launch an all-new product that would serve to illustrate how it’s pushing the boundaries of innovation.

While the Mi Mix certainly qualifies as a unique device, it’s not exactly a brand new product. Still, Xiaomi’s poster for the occasion clearly features the words White mixed with Black (WBHLIATCEK). It also mentions that there’s only 4 days left for its 2017 CES Mi product launch.

The emphasis on color seems to suggest a white Mi Mix is on its way, perhaps into a larger release than the current China-only black model. Last month notably saw a Chinese online outlet listing the rumored shade as an option. However, it wasn’t up for sale at the time, with the site only allowing people to sign up for sales alerts for the smartphone.

A quick summary of the specifications of the Xiaomi Mi Mix:

Stay tuned for more on Xiaomi’s new product when it goes official at CES 2017.