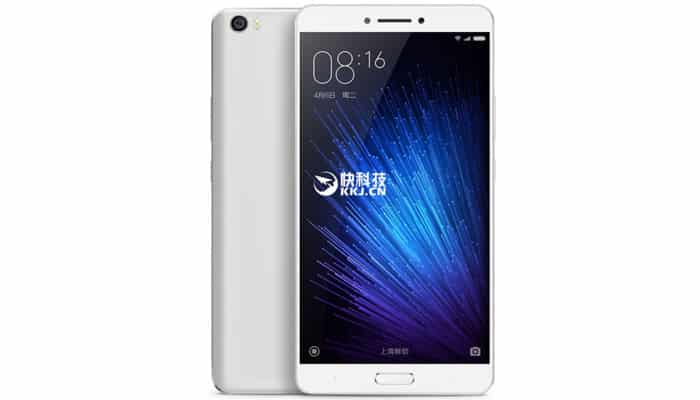 We caught our first glimpse at the Xiaomi Max just a few days ago and now there’s a new render of the device doing the rounds on the internet. It certainly looks like the real deal, but there’s no way to verify whether the image is accurate.

Based on the render, the Xiaomi Max basically looks like a super-sized version of the Mi 5, right down to its camera setup and home button. It should be noted that the front panel snaps which had gotten leaked earlier did not have a physical button on its front surface. If the new render is accurate, the module will likely double up as a fingerprint scanner.

Previous speculation about the Max had hinted towards an all-metal body and huge 6.4-inch display for the smartphone. The size would certainly qualify the handset as a phablet, just falling short of being considered a full-fledged tablet.

There were also rumors that the Xiaomi device would run on a top-of-the-line quad-core Snapdragon 820 processor, same as the Mi 5. Like previous phones by the brand, the upcoming handset is also likely to be positioned as a mid-range device.

The only thing Xiaomi has officially confirmed about the product is its name. Unusually, it decided to pick the name of the phone via a poll in China. Fans were asked to choose between Xiaomi Pro, Plus, Big or Max as the moniker. The last came out on top, with 116294 votes out of 250000.

The Xiaomi Max is allegedly going to be released by the brand in May this year. Stay tuned for more on the handset as and when more details emerge in the coming days.