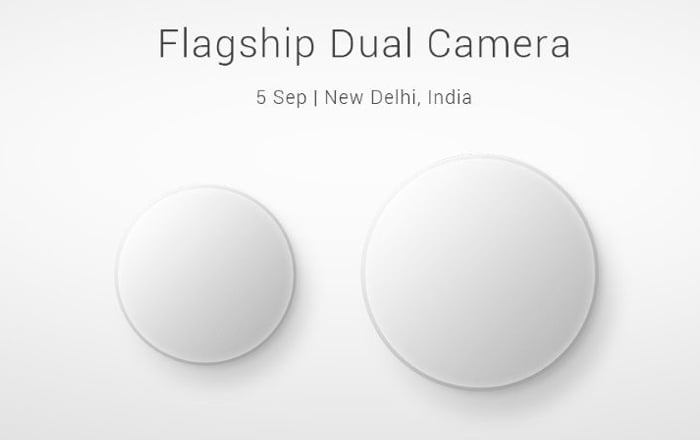 Xiaomi has begun issuing invites for a New Delhi event on September 5 with the tagline ‘Flagship Dual Camera.’ While not explicitly mentioned, it seems likely that the brand will be launching the Mi 5X in the nation.

To recap, Xiaomi India head Manu Kumar Jain tweeted about the company bringing its first-ever dual camera phone to India earlier this month. The firm has a couple of double-eyed offerings within its portfolio, but only two qualify as having flagship-worthy dual cameras.

One is the Mi 6, while the other is the Mi 5X. The former is the brand’s flagship smartphone, while the latter is a cheaper alternative which boasts of having the same set of 12MP + 12MP rear snappers. The invite above hints at the same f/2.2 aperture wide-angle and f/2.6 aperture telephoto combination as well.

The Mi 5X would also mesh better with Xiaomi’s India portfolio which focuses on the more affordable side of things. A recent rumor claimed that Google and Xiaomi were collaborating on an Android One phone which would be based on the handset, so it’s possible the device will run on stock Android.

The Mi 5X was priced at CNY 1499 (approx Rs 14420) upon its China launch. It’ll probably stick to the same segment if it makes its way to India.