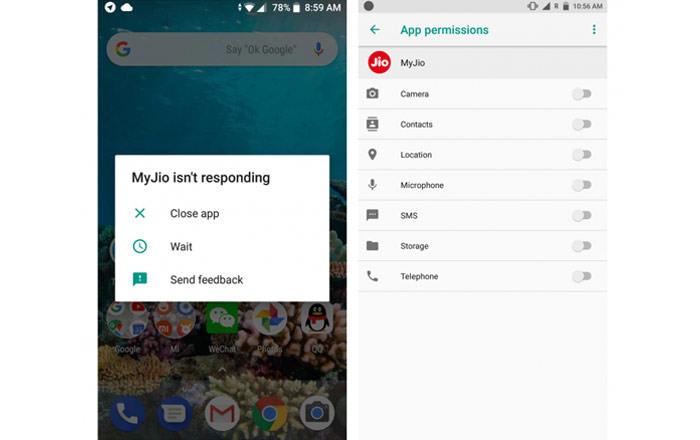 Xiaomi’s Android 8.0 update for the Mi A1 has been abruptly cut short just 2 weeks after it began. The Android One phone was one of the first mid-range handsets to get updated to Oreo, but it looks like the speediness of the rollout has resulted in quite a few problems.

Mi A1 oweners who’ve transitioned to Android 8.0 have been facing a number of problems such as the camera, recents, and dialer app not responding and the ambient light sensor failing to function properly. Some have noticed that the swipe on fingerprint gesture isn’t working, while others have seen their battery life drain rapidly on Bluetooth.

Xiaomi has now admitted to these problems and completely put a halt to the Android 8.0 update. It’s now promising to start up the process again at some point in the next couple of weeks. While it doesn’t have all the answers for the people stuck on Oreo right now, it is offering some relief for people who can’t use the dialer app.

In a forum post, Xiaomi says it came across an issue where users had to deal with an unusual delay in making calls or the dialer app itself was hanging frequently. The company investigated the concern and is putting the blame on Reliance’s MyJio app.

It appears that MyJio is causing the dialer app to trigger Application Not Responding (ANR) when a call is incoming or outgoing. Specifically, Xiaomi claims the problem occurs when the application is granted all requested permissions.

Xiaomi is now offering up 2 solutions to get rid of the problem. One is to uninstall the MyJio app from the Mi A1. The other is to head to Settings > Apps & notifications > App info > MyJio > Permissions > Disable Telephone permission.

In the meanwhile, Xiaomi’s gotten in touch with Reliance Jio to rectify the matter permanently. We’ll let you know the moment the brand decides to launch its Oreo rollout again.