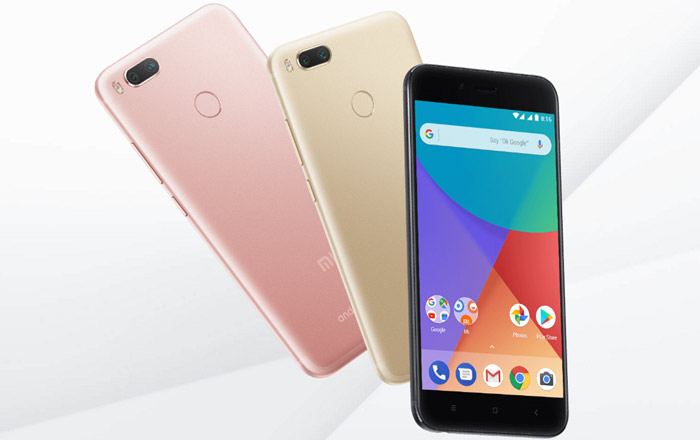 Xiaomi and Google have officially come together to revive the latter’s down-but-not-out Android One program with the new Mi A1. The handset is set to go on sale in India first and will eventually make its way to 36 other countries in due course.

If you’ve been following rumors about the handset, you’d know that the Mi A1 is basically a repackaged Mi 5X with pure Android running through its veins. It’ll ship out-of-the-box with Nougat and receive both Oreo and Android P updates in the future. These guaranteed promotions easily set it apart from other affordable handsets, including Xiaomi’s own MIUI-running products.

There are some holdovers from MIUI though, including Xiaomi’s Mi Remote, Mi Camera, and Mi Store apps. Being a part of the Android One program also translates to regular security updates every month and malware protection courtesy Google Play Protect.

Other than stock Android goodness, the Mi A1’s top draw is its twin shooters. It’s the same 12MP + 12MP combination found on the Mi 6, hence the ‘flagship dual camera’ phrase the brand is promoting the device with. One serves as a telephoto lens capable of 2x optical and 10x digital zoom, while its companion is a wide-angle snapper with 1.25µm pixels for brighter photos.

You can buy the Mi A1 via Flipkart, Xiaomi’s eStore, Mi Home outlets, and various offline chains starting from September 12 at 12 pm. It’s priced at Rs 14999 and will be sold in black, gold, and rose gold colors.