Chinese OEM Xiaomi has been gaining a lot of popularity over the months and the company has recently ventured into the international market with its Redmi smartphone. The handset was unveiled in Singapore and it will go on sale in a week’s time for just SD$169 which amounts to US$139. Apart from this, the highly anticipated Mi4 flagship has showed up on AnTuTu.

The Xiaomi Redmi is essentially the Red Rice Hongmi which was launched in China last year. The handset has seen great demand and the company is aiming for the same response from the international market. For the said price, the device delivers a great deal of specifications. The phone basically falls in the mid-range segment carrying a 4.7-inch IPS 720p HD touchscreen with Corning Gorilla Glass 2. 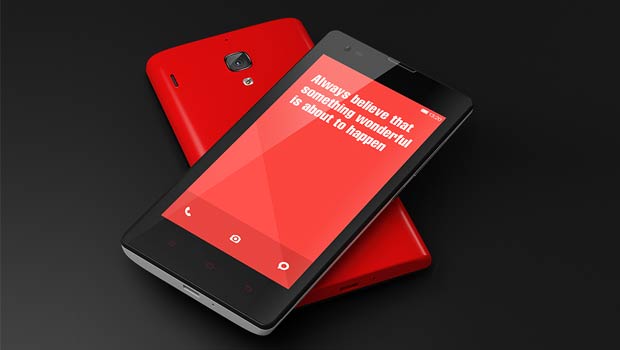 Powering up the Xiaomi Redmi is a MT6589 MediaTek SOC which features 1.5GHz quad Cortex A7 cores and PowerVR SGX544 graphics. The handset also has dual SIM slots, an 8MP rear camera, Dirac HD Sound technology and the MIUI custom OS. Coming to the Xiaomi Mi4, G4Games managed to spot the smartphone on AnTuTu. The page was pulled down, but the website managed to save the image of specifications.

The Xiaomi Mi4 is the successor to the high-end, yet affordable Mi3 which was launched last year. Based on the benchmark data, the device will sport a Snapdragon MSM8974AC processor, the same one that’s in the Galaxy S5, clocked at 2.5GHz. Android 4.3 is said to run the show and we expect to see the company’s MIUI OS onboard.

Here’s a quick look at the leaked specs: 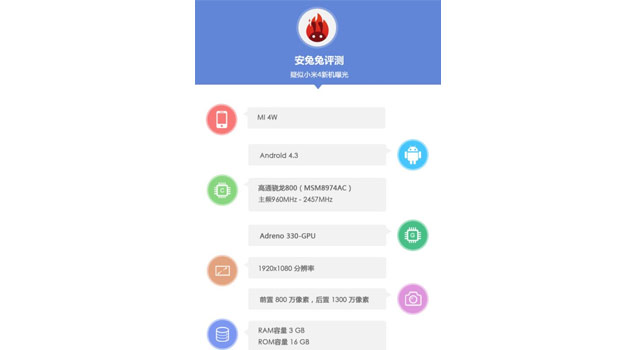 There’s no confirmation on when the Xiaomi Mi4 will go official. If you’re in Singapore, you’ll be able to pick up the Xiaomi Redmi starting February 21.