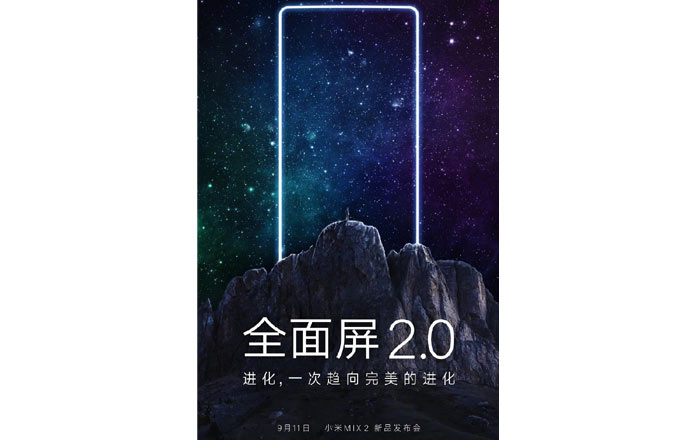 We finally have an official launch date for the highly anticipated Mi Mix 2, with Xiaomi announcing the news via its Weibo account. The brand’s next-gen bezel-less wonder is set to come out on September 11 in China.

It’s a day earlier than expected since a number of reports had pinned down a September 12 launch date. That’s the day the iPhone 8 is expected to make its debut. The Mi Mix 2 will be getting unveiled a day ahead of that, enough time for people to gaze at its borderless screen before the next day invites comparisons to Apple’s tenth anniversary phone.

While both handsets are expected to be free of bezels, the Mi Mix 2 will be at a disadvantage in terms of reach given that its predecessor was only available in China. We’ll have to wait and see whether that changes this time round, setting up a true battle between borderless phones.

The poster above doesn’t give much away in terms of details. Rumors so far have described the Xiaomi smartphone as having 3D face scanning abilities, just like the iPhone 8, and an under-display fingerprint reader, a tool which the iPhone 8 lacks. The screen-to-body ratio will probably increase thanks to thinner bezels.