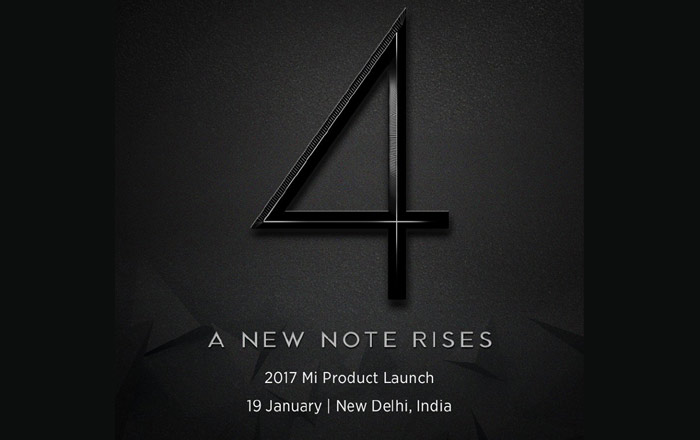 Xiaomi’s been actively promoting its upcoming January 19 event via its social media channels, teasing out a new product getting unveiled that day. So far, it hasn’t confirmed that the device in question is the Redmi Note 4.

This state of affairs ends now since Xiaomi’s India head Manu Kumar Jain has taken to Twitter to confirm that the company is going to launch the Redmi Note 4 on January 19. Flipkart recently began teasing the phone via its own Twitter handle, indicating that the smartphone will be sold exclusively via the e-commerce site upon its arrival.

Xiaomi hasn’t released the cost or specifications details for the phone yet. Earlier rumors had indicated that the company was planning to swap out the Chinese model’s deca-core MediaTek Helio X20 processor for an octa-core Snapdragon 625 CPU.

Specifications of the Xiaomi Redmi Note 4 at a glance:

Stay tuned for more on the Xiaomi Redmi Note 4 the moment it hits India.