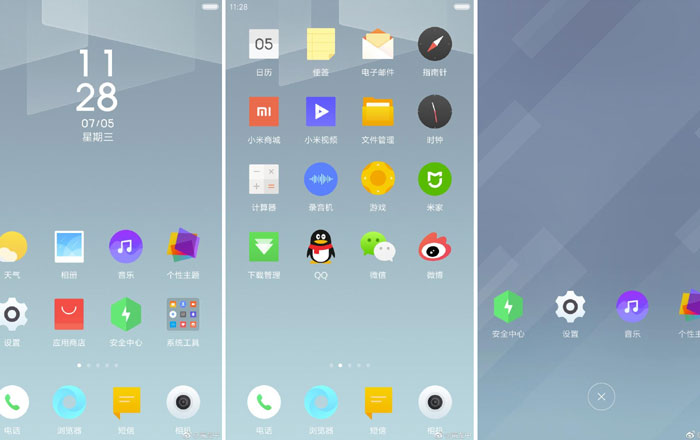 Xiaomi has been pretty tight-lipped on MIUI 9 so far, with very little official information coming out of the company’s headquarters. The brand recently decided to break its silence with a forum post on the software, revealing its release timeline and dismissing a couple of rumors.

Xiaomi’s head of department has confirmed that MIUI 9 is set to be launched soon and will probably arrive sometime before August 16. That’s about a month away from now, so users won’t to wait around for the update much longer. Unfortunately, the post was light on actual details and changes to expect.

The next bit of business concerns the spread of misinformation on the internet. A MIUI product manager recently shared a screenshot (see above) on Weibo, asking people to give their feedback on its design. His post mentions that the images depicted one of the interface’s themes and not the UI itself.

Some publications apparently reported that the screenshots were leaked photos of MIUI 9. Xiaomi is now stressing that it’s just an ordinary theme called Official Geometric Theme Series which can be downloaded by anyone and does not actually reflect MIUI 9’s style.

Another misconception arose when MIUI’s Weibo page shared a poster detailing which Xiaomi devices are eligible to be updated to Android 7.0 Nougat. A few sites seemingly misreported this as a list of eligible devices for MIUI 9.

Xiaomi CEO Lei Jun had previously asserted that MIUI 9 will be more fluid, stable and powerful. The software will likely feature split-screen and picture-in-picture modes.