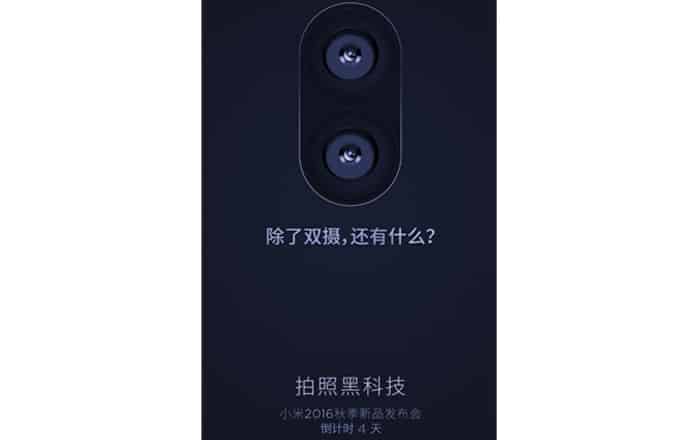 Xiaomi is planning a huge event on September 27 to launch its latest smartphone, teasing fans with a poster which has a giant S on it. This was widely interpreted as a sign that the brand was going to launch the Mi 5s.

Xiaomi has now finally gone ahead and confirmed that the Mi 5s is debuting on that date. It’s also put up a brand new poster and sample photo taken from the handset’s camera on its official forum. The first depicts the phone’s dual-camera setup which consists of two lenses one on top of the other.

As for the second, the image was apparently captured by the Xiaomi CEO Lei Jun and is supposedly unedited. The photo appears to be of very high quality in spite of the low-light setting. It also seems to be putting the twin snappers to good use, creating a bokeh effect by keeping the subject in focus and the background slightly blurred.

Other than advanced photography abilities, the Mi 5s is also expected to be a powerhouse courtesy its rumored Snapdragon 821 processor. The company even chose to show off the device’s skills in a previous poster. It claims the handset scored an impressive 164119 on a popular benchmarking site, with speculation suggesting that the figure could be the offering’s AnTuTu score.