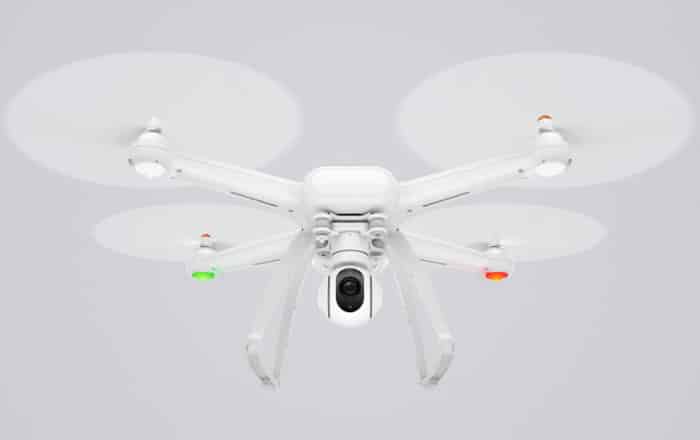 Xiaomi has officially taken the covers off the Mi Drone, its maiden venture into the world of Unmanned Aerial Vehicles (UAVs). The new product follows the spirit of its more famous smartphones, combining high-end specs at a low cost.

One of the key concerns with quadcopters is how heavy and unwieldy they can be to carry around. Xiaomi is attempting to get over that problem by making the product a modular drone which can be disassembled and packed up easily. Another issue lies in battery life, with the company asserting that its 5100mAh battery can fuel over 27 minutes of flight time.

That pretty much falls in line with what most UAVs offer. Specs-wise, the Mi Drone comes with a 12.4MP camera which is sourced from Sony and has been equipped with an Ambarella sports image processor, blue glass filter, 104-degree wide angle lens, and the ability to shoot in RAW. Furthermore, it can shoot 720p videos with low latency from up to 2km away.

Xiaomi claims the gadget’s 3-axis gimbal is capable of stabilizing up to 2000 vibrations per second. It’s also bundled a Bluetooth remote control to oversee the device’s every action. Useful features include automatically alerting users when its battery is just enough to fly back and going back home when it flies out of the remote’s range.

The 1080p Xiaomi Mi Drone is set to be crowdfunded via the Mi Home app starting from May 26. The 4K version will come out for testing a bit later by the end of July through an open beta program.