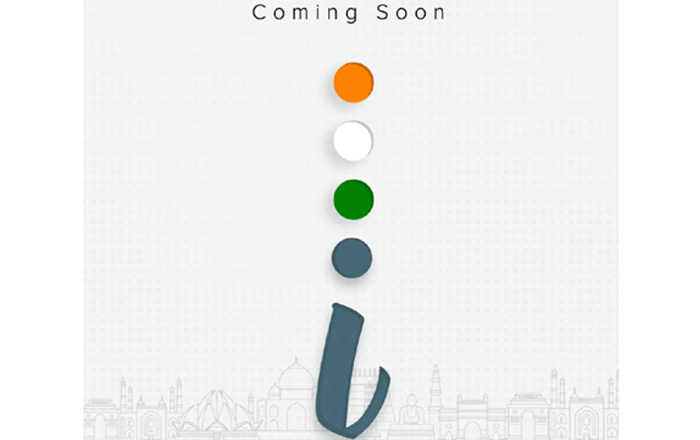 Xiaomi has begun teasing its next big thing in India, but it’s unclear just what the company is planning to introduce in the country. Many assume the brand is launching the Redmi Note 5, but others believe it could be an accessory of some kind.

Xiaomi VP and India Managing Director Manu Kumar Jain kicked off speculation by posting a teaser on his Twitter account with the caption “i is coming soon.” The poster depicts the letter I in lowercase with 3 tricolor dots above it. It’s clear that this will be a India-centric product, but just what shape it will take is a mystery right now.

Jain later offered up a few hints by sharing a couple of photos capturing his tour of Indian villages. He talked about how he gained insights into the way people lead their lives in rural parts of the nation and hopes Xiaomi’s new product will help them change their way of living.

It’s possible an i series phone is in the works, similar to the Mi 4i. Another explanation is that this is an elaborate campaign to promote the Redmi Note 5. The device has been surfacing on Chinese e-commerce and certification sites recently, leading many to believe that an unveiling is imminent any day now.

It would make sense for Xiaomi to release the Redmi Note 5 in India at the same time as China given how popular the Redmi Note 4 has been in the subcontinent. Still, the letter I doesn’t appear to have much to do with the upcoming smartphone, so we’ll just have to wait and see till things clear up.