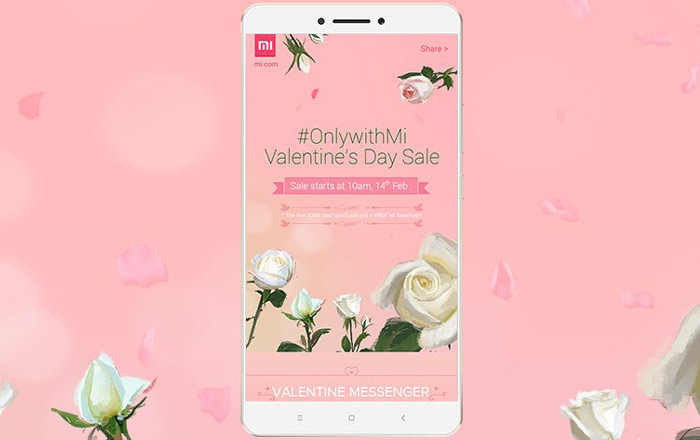 A number of companies are hosting limited-period sales to celebrate Valentine’s Day this year, ranging from brands like Apple to Xiaomi. The former is bundling the iPhone 5S with a cashback offer worth Rs 6000 if bought using an HDFC Bank credit or debit card.

The amount is supposed to get credited within 90 days of purchase. As for the latter, Xiaomi is serving up discounts via its website. The first 1000 prepaid orders are set to get a free Mi Keychain. Interested shoppers can snap up the Mi Air Purifier 2 and its accompanying filter at Rs 12298, Rs 200 lower than before.

Even LeEco has launched its own Valentine’s Day deal which sees its Rs 59790 Super3 X55 Ultra HD ecoTV up for a Rs 4000 cashback valid on all debit and credit card purchases. A select few further stand a chance to win a privilege coupon that would grant them an additional Rs 1500 reduction till February 15 on any product on its site.

Motorola is taking a slightly different approach by giving away two PVR movie tickets on purchase of the Moto Mods, Moto M, Moto Z, Moto Z Play, Moto G4 Play, Moto X Force, and Moto E3 Power. Consumers will have to DM their bill to the firm’s Indian Twitter handle to take advantage of the deal.