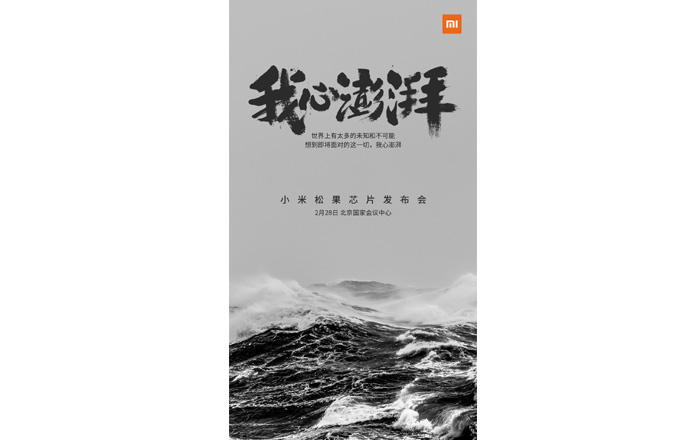 Xiaomi is finally ready to unveil its own Pinecone processor after months of intrigue surrounding the mysterious chipset. The manufacturer has announced that it is holding an event on February 28 to showcase the SoC.

As noted in Xiaomi’s official forums, the Pinecone name is a direct translation of the Chinese term and has not yet been confirmed by the company to be the official moniker of its first home-grown chip. The CPU will make the brand the fourth in the world to produce an in-house processor, with the others being Apple, Samsung, and Huawei.

The Pinecone SoC also makes Xiaomi only the second Chinese OEM after Huawei to make its own chipset. The firm has partnered with another Chinese company called Leadcore for the chips. The team-up had been made official in 2015, so the processor is a long time coming.

Also See: Xiaomi Mi 6 to be launched in 2 variants with FHD, QHD displays

Xiaomi’s 2-year-old Redmi 2A had notably sported a Leadcore SoC when it came out. More recently, rumor mills had brought the news that Pinecone might be making an appearance in the upcoming Mi 5c. However, later reports alleged that it could be powered by the Snapdragon 625 CPU instead.

Not much is definitely known about Pinecone. Word on the street is that it clocks in at 2.2GHz and features an octa-core setup made up of Cortex-A53 cores. There’s no way to verify this information as yet, so it’s best to take it with a pinch of salt.

Xiaomi may reveal which of its upcoming handsets will be in possession of the Pinecone chipset at its event. Stay tuned for more on the SoC on February 28.