Xiaomi is making a mid-range 64-bit tablet with a 9.2-inch display

Xiaomi’s Mi Pad is one beast of a tablet and it’s the only one of its kind from the Chinese OEM, but could soon be seeing a companion. A benchmark listing shows that the company is working on a second slate which carries mid-range features and a 64-bit processor, making it also a first of its kind.

The Mi Pad comes with a Tegra K1 SOC, but the quad core version and not the 64-bit dual core Denver one. So the Xiaomi 2014811 (Yes, that’s a weird codename or model number) which was spotted on GFXBench might land up being the first 64-bit slate. The OEM is also said to be working on a 64-bit smartphone which could go official as the successor to the Redmi Note. 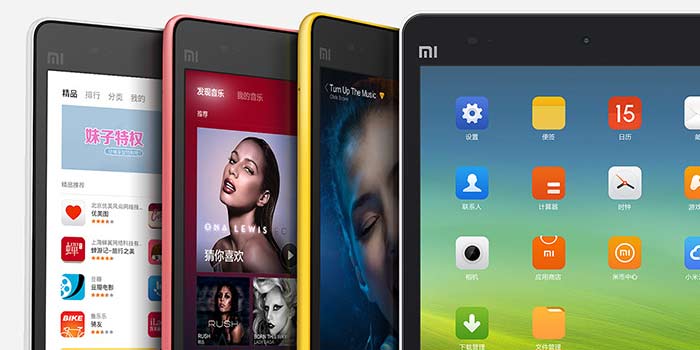 The benchmark data looks authentic and it shows the unannounced device running Android 4.4.4 KitKat, carrying a 9.2-inch display. The screen resolution is 1280 x 720 pixels which is rather disappointing, but clearly suggests that the slate will be a very affordable one. And for processing power, the OEM has used the entry-level Snapdragon 410 64-bit chip clocked at 1.2GHz with quad cores.

Also read: Samsung Galaxy A7 will have an octa core 64-bit Snapdragon 615 processor

Other features disclosed by the benchmark include 1GB of RAM, 8GB of internal storage and a SIM card slot for cellular access (could be data and voice calling). The interesting part here is that there are no cameras on this device which raises the question of whether it’s really a tablet or some other gadget.

We could also be looking at an early prototype, so just don’t expect to see a mid-range tablet from Xiaomi arrive anytime this year at least.