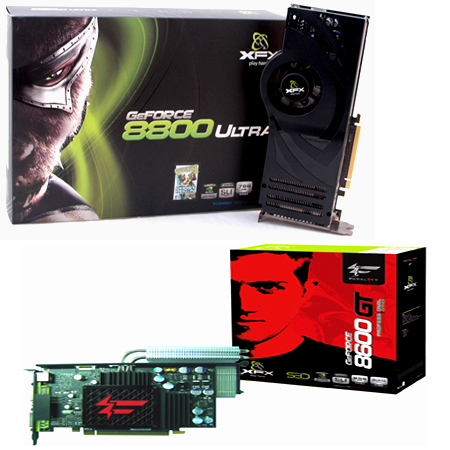 Graphic cards company XFX has announced the availability of 8800 Ultra and 8600 Fatal1ty, in India.

XFX’s latest launch falls under the fastest and coolest graphic cards developed by the company till date.

In January, XFX launched 7600 GT Fatal1ty; in association with Fatal1ty, which is the biggest professional gaming clan in the world with Johnathan ‘Fatal1ty’ Wendel as the top professional gamer in the world. This was the company’s pioneering release in India. And Fatal1ty 8800GT is the next one following it. 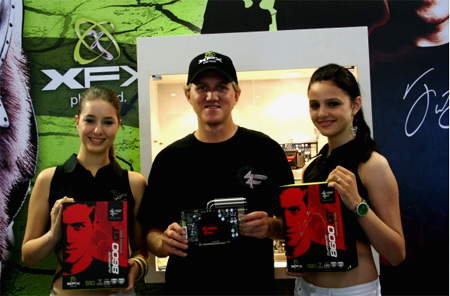 Speaking about the product, Johnathan “Fatal1ty” Wendel stated, “This is another great graphics card that the Fatal1ty brand can be proud of.” Adding, “The initial card from XFX became wildly popular due to the unique cooling technology and this card utilizes the same feature.”

Making its debut at Computex Taipei, the 8600GT Fatal1ty Professional Series graphics card is truly the best of the best, as the highest possible stable over clocked version of the 8600GT series available to the general public. The card’s amazing speed makes it a deadly weapon in a gamers’ arsenal and was a logical extension of XFX’s World Gaming Tour theme at Computex.

The 8600GT Fatal1ty Professional Series graphics card was first unveiled at the Computex Taipei event, as the highest possible stable over clocked version of the 8600GT series’ general availability.

8600GT Fatal1ty incorporates the Silent But Deadly (SBD) cooling technology, through which the heat can be dispelled without the requirement of a fan. Furthermore, it is even quieter and thanks to the fact that the air and dust are not forced through the heatsink, helps eliminate clogged heat sinks, which can cause overheating.

The XFX GeForce 8800 series gives users the experience of incomparable graphics realism and film-quality effects when they play some of the most popular games such as Crysis, Age of Conan, Hyborian Adventure, Hellgate: London, Company of Heroes, World in Conflict and Unreal Tournament3.

Users can get excellent TV-out functionality, since the 8800 Ultra graphics card is HDTV-, SLI-, and HDCP-ready. In addition, users also get the capacity to double their performance abilities and also get extensively enhanced scalability on over 60 of the top PC games. The card also features 768MB of unbelievable DDR3 power.

The Dual Dual-Link DVI makes it possible for the 8800 GTS to drive the industry’s largest and highest resolution flat panel displays, supporting digital output of up to 2560X1600 on not one—but two displays.

In addition, the 8600GT Fatal1ty Professional Series cards also pack in a new video processor that makes possible the best-ever Blu-Ray and HD DVD movie experiences. It has got the distinction of being the world’s first video processor that can offload 100 percent of Blu-Ray and HD DVD movie playback from the CPU. NVIDIA PureVideo HD technology delivers exceptional picture clarity, ultra-smooth video, vivid colour, and precise image scaling for movies and video.

The products will be available along with 3 years warranty at a suggested end user price beginning Rs 10,000 for 8600GT FATAL1TY and Rs 45,000 for 8800 ULTRA from all the 50 Rashi branches and select Rashi partners across India.

The 8600GT Fatal1ty and 8800 Ultra are available from the various 50 Rashi Peripherals’ branches and select Rashi partners spread across India for Rs. 10,000 and Rs. 45,000 respectively.