A system update for the Xbox One has been released and gamers will be glad to know that some new and improved features have been tossed into the mix. Certain Xbox Live members tested the update and new attributes in the beta stage and helped the company come up with the final versions by giving feedback, says a post on the official blog.

One of the most important features of the upgrade is notifications to let gamers know when their friends or favorites login to Xbox Live. The friends list has been updated to identify those who are in the multiplayer mode. You will also find a game save progress bar that keeps you posted about the status of saves. 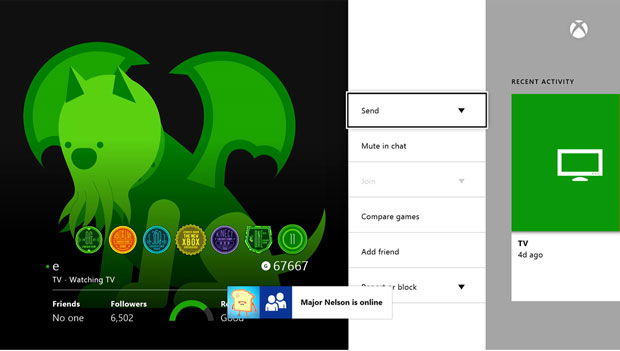 And what’s more, it will also be possible to identify recently updated games and check the ones which are being upgraded. Kinect’s voice and motion attributes have been improved as well and users will find enhanced gesture functionalities to cut down on false positives due to non-hand objects.

Thanks to compression algorithm improvements, GameDVR video quality has been perked up and the console’s Blu-ray player is now capable of supporting 50Hz output for videos recorded at that frequency. And as firmware updates for the controller and headset adapter have been beamed out as well, you can expect a reduction in audio static. The Xbox One will silently reboot after the update, if it is in the Instant On mode and an option for system update on demand has been added too.

The Xbox One system update has been rolled out already and those who haven’t received it as yet, may have to wait for a few days for it.